San Francisco-based ride-sharing service Uber recently told drivers and customers they would not be allowed to be armed for their own self-defense.

A 74-year-old Uber driver in Clearwater, Florida is alive tonight because he, like virtually everyone else, ignored Uber’s  hysterical cries.

A 60-year-old man was shot in the foot Sunday night during a fight with an Uber driver, police said.

The shooting occurred in the 400 block of Mandalay Avenue when Uber driver Steven Rayow, 74, stopped to pick up passenger Marc Gregory Mermel about 10 p.m.

Mermel and Rayow began arguing and then started fighting each other, with Mermel choking the driver at one point, Clearwater police said.

Rayow, who has a concealed weapons permit, pulled a gun from his waist. As the fight continued, the gun went off, hitting Mermel’s foot. He was taken to St. Joseph’s Hospital in Tampa.

This appears to be what prosecutors call “imperfect self-defense,” in which the geriatric driver may have taken steps to escalate the confrontation, but didn’t start the physical force attack, and was clearly justified in using the gun to save his life.

If these early accounts are accurate, Uber driver Steven Rayow could have been seriously injured or killed if he’d followed the ride-sharing service’s new policy.

Uber needs to pull their heads out of the southern terminus of their alimentary canal, and realize that their drivers and passengers both have a basic human right to armed self defense against violent criminals.

If they can’t see the sense of that most basic human right, then I sincerely hope that the nation’s 100 million gun owners treat the company with the scorn they deserve. 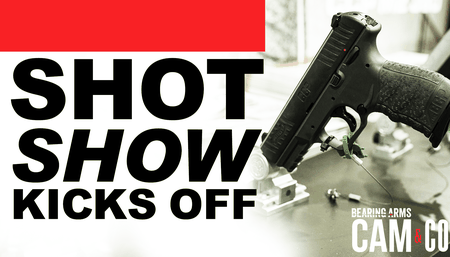 Wait...So the FBI Lied About the Ending of the Texas Synagogue Hostage Situation
Townhall
Ray Epps' attorney explains why he was removed from the FBI's suspect database
Twitchy
Sen. John Kennedy Humorously Sums up Joe Biden’s First Year in Office in Just 20 Seconds
Redstate
Media Meltdown Over Justice Sotomayor's Failure to Cope with the Risk of Living
PJ Media