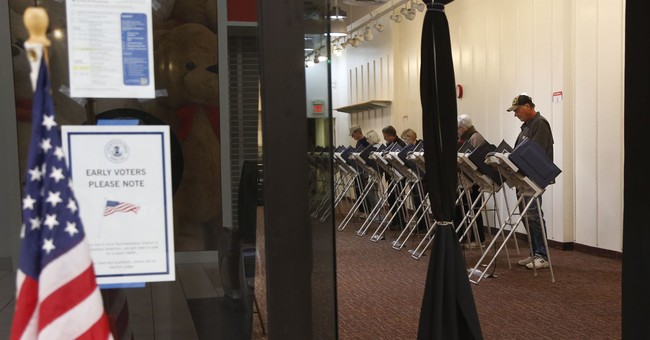 You know the polls I’m talking about, the ones that claim that 80% of Americans want universal background checks, or 70% of Americans support a ban on “assault weapons.” With pollsters admitting that they have a “huge problem” with the accuracy of their election polling, why should we believe that their polls on support for various gun control laws are any better than their deeply flawed polls of the 2020 races?

A new piece at Axios lays out some of the handwringing taking place in the polling industry post-election.

Before the election, pollsters were worried that perhaps some Trump voters surveyed were simply too embarrassed to tell people that they were voting for him.

The real problem is even worse. Virtually every poll did not survey enough Trump supporters, period — meaning there’s a huge sampling error the industry needs to reckon with.

“We’ve been struggling with this issue and we keep trying to fix it and it’s not totally working,” said one worried pollster who did not want to be named for fear of ruining his industry.

According to NRA’s Institute for Legislative Action, there are plenty of folks who study Second Amendment issues who believe that polling on guns suffers from inherent flaws.

Wake Forest Professor of Sociology David Yamane shares Lott’s belief that inaccurate polling systematically underestimates gun ownership in the U.S. In a 2019 piece titled “Why Surveys Underestimate Gun Ownership Rates in the U.S.,” Yamane laid out the case for systematic underreporting and provided a bevy of reasons why gun owners would be reluctant to be truthful with pollsters. The professor noted, “My educated guess is that the underestimate is at least 10%, that 25% would not be an unreasonable amount, and more than 25% is likely.”

Moreover, in 2015, Zogby Analytics conducted a poll that attempted to gauge if gun ownership is underestimated by surveys.

Zogby asked respondents “If a national pollster asked you if you owned a firearm, would you determine to tell him or her the truth, or would you feel it was none of their business? ”The polling firm found “36% of Americans feel it is none of the pollster’s business and that includes 35% of current gun owners 47% of Republicans and 42% of Independents.”

A perfect real-world example of this phenomenon took place in Maine a few years ago. Back in 2016 the state chapter of Moms Demand Action managed to get a universal background check referendum on the ballot, and pre-election polls showed the measure cruising to victory.

One poll in September of that year showed the measure getting support from 61% of voters, while an October poll found 52% approval. When Election Day rolled around, however, Question 3 went down to defeat, with 52% of voters rejecting the measure instead of approving it.

Should you believe polls that show massive support for gun control measures like universal background checks or a ban on commonly-owned semi-automatic firearms? Absolutely not, because the evidence suggests that the polls aren’t including the voices and opinions of many gun owners.

That doesn’t mean that we don’t need to work to educate non-gun owners about the truth of these anti-gun proposals, because we absolutely do. However, we shouldn’t be demoralized or demotivated when we see some poll suggesting a huge majority of voters embracing a gun control measure. Gun control simply isn’t as popular as the media and pollsters claim it is, because these polls are just as broken as the ones that showed Joe Biden winning Wisconsin by double digits, or Democrats winning control of the Texas state House.

What’s Driving The Increase In Violent Crime In Many Cities?

Gun Rights Not Up For “Democracy”

Gun Rights Not Up For “Democracy”