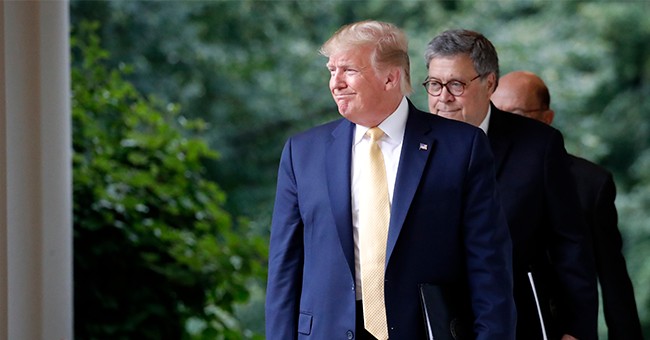 Attorney General William Barr unveiled a new strategy aimed at those who illegally obtain and possess firearms on Wednesday, including a greater emphasis on federal prosecutions for major violent offenders and those who lie on background checks or use straw purchasers to buy guns, as well as ensuring that mental health records disqualifying individuals from legally owning firearms are reported to the federal background check system.

The initiative, called “Project Guardian”, won’t be centered on one or two cities around the nation, but will be a comprehensive strategy put in place by U.S. Attorneys around the country.

“Gun crime remains a pervasive problem in too many communities across America. Today, the Department of Justice is redoubling its commitment to tackling this issue through the launch of Project Guardian,” said Attorney General William P. Barr. “Building on the success of past programs like Triggerlock, Project Guardian will strengthen our efforts to reduce gun violence by allowing the federal government and our state and local partners to better target offenders who use guns in crimes and those who try to buy guns illegally.”

The focus of Project Guardian are violent criminals, not legal gun owners. By referring more cases to federal prosecutors, particularly cases involving individuals who are a nexus of crime in their communities, there’s a real chance to disrupt the cycle of violence driven by a relatively few number of individuals. That alone could pay major dividends in terms of public safety. Going after the illicit acquisition of firearms, instead of imposing gun licensing, registration, universal background checks, or other gun control laws is also a “smart on crime” approach.

United States Attorneys, in consultation with the Special Agent in Charge of the Bureau of Alcohol, Tobacco, Firearms and Explosives (ATF) in their district, will create new, or review existing, guidelines for intake and prosecution of federal cases involving false statements (including lie-and-try, lie-and-buy, and straw purchasers) made during the acquisition or attempted acquisition of firearms from Federal Firearms Licensees.

The firearms industry has long supported programs like Don’t Lie For The Other Guy that warn those who might be thinking of making a straw purchase of the legal consequences. Often, however, local prosecutions for straw purchases end up in probation, like a Pennsylvania case from earlier this year in which a woman received five years probation after buying a gun for her ex-con boyfriend.

A Berks judge told a Mount Penn woman convicted of purchasing a gun for her now ex-boyfriend that she was one of the most gullible person he’s ever seen in his courtroom.

But Judge Patrick T. Barrett said he believed Emily P. Quinn was also the least likely candidate for incarceration he’s come across and was manipulated by Dequan Allen.

“I think sending you to prison will absolutely destroy you and I don’t think it will do this county any good,” Barrett said.. “I think you got in with the wrong crowd and that guy totally took advantage of you.”

Gun control activists and anti-gun politicians are sure to complain that Project Guardian is just a distraction from the need for “commonsense” gun laws like bans on commonly sold rifles and magazines, unenforceable background check requirements for almost every transfer of a firearm, and compensated confiscation plans to round up millions of legally owned firearms. I truly believe if Project Guardian does nothing more than put more of the most violent offenders in federal, rather than state prison, it will do more for public safety than all of the gun control laws offered up by every Democrat running for president combined. Violent criminals have to either change their ways or be removed from society in order for crime to drop. I’m all in favor of programs and policies that encourage gang members to stop shooting and start living life on the right side of the law, but for those that choose to continue on their way down a dead end path, federal prosecution ensures longer sentences and no early release for those bringing pain and misery to their neighborhoods.