Smart Guns, Ghost Guns, and the future of firearms

The Shooting, Hunting, Outdoor Trade Show has always been a place where companies can show off their latest innovations, but at this year’s show two of the most interesting pieces of technological progress that I’ve seen offered up starkly different and competing visions of the future of gun ownership.

First, the “smart guns.” Several companies have announced that they’re bringing authorized-user only firearms to market this year, though Lodestar Firearms inadvertently helped demonstrate the reluctance of many gun owners to adopt the technology when they showed off their product to the media.

During a demonstration to share holders last week, the operator clicks the key pad on the side of the 9mm smart gun. Once unlocked, the smart gun is operable. @Lodestarguns @6abc https://t.co/gVzML0sARg pic.twitter.com/c8O8zNbp6i

Yeah, that actually happened. Showing off their new product to shareholders, the gun clicks instead of goes bang with the second pull of the trigger. That’s exactly the fear of many gun owners when it comes to “smart guns”; that the technology will be an impediment to self-defense, even if it theoretically provides safety benefits.

I had the opportunity to talk to the folks behind another “smart gun” company; Kansas-based SmartGunz, which says its product will be offered to the non-law enforcement market in April or May of this year. Tom Holland, a Democratic state senator in Kansas who’s also the founder and president of the company, says his company is opposed to laws that would mandate the use of smart guns (like New Jersey’s original smart gun statute, which required gun stores to only sell those products once a smart gun was made available for purchase anywhere in the country), but added that his company is “agnostic” when it comes to gun control more generally.

That’s probably not going to be good enough for many gun owners, especially given Holland’s position as a pro-gun control politician. In the wake of the shooting in Parkland, Florida in 2018, for instance, Holland unsuccessfully tried to raise the age to purchase a rifle in the state of Kansas from 18 to 21.

Sen. Richard Hilderbrand, R-Galena, accused Holland of trying to turn young adults into second-class citizens. If they are old enough to vote and serve in the military, Hilderbrand argued, they should be allowed to own a rifle.

As I told Holland, gun owners might be less skeptical of the intentions behind the smart gun movement if the companies producing the guns were vocally in support of pro-2A measures instead of claiming neutrality. Given the fact that the gun control lobby has been pushing for the adoption of “smart guns” (including mandating their sale) for decades, it’s not unreasonable for Second Amendment activists to be suspicious of the motivations of guys like Holland, particularly given his past support for gun control measures, including his desire to prevent young adults from having access to their Second Amendment rights.

As for the technology itself, SmartGunz uses RFID technology, which requires authorized users to wear a ring that will pair with the gun and allow it to fire. Holland admitted that the gun could not be fired by an authorized user who’s forced to use their off-hand to shoot, but says that the technology can be of huge benefit to law enforcement and correctional officers who may be in close contact with inmates or criminal suspects and want an extra layer of security regarding their service weapon. 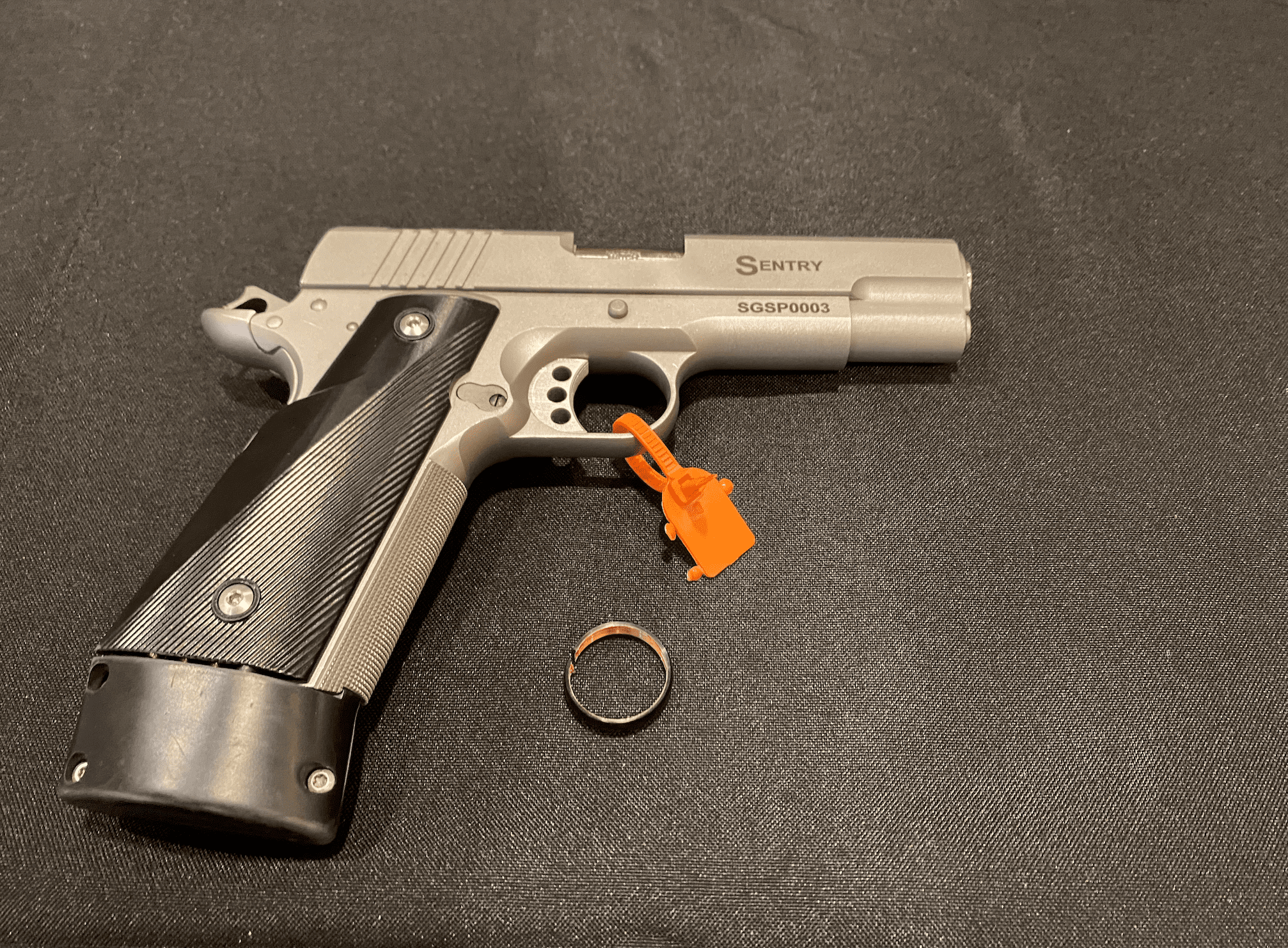 In fact, while SmartGunz says they’ll be selling their 1911-style 9mm pistol (estimated retail price is a little more than $2,000) to the civilian market, at SHOT Show the company’s booth was located in the section of the convention floor largely reserved for law enforcement and military suppliers. The company’s strategy is to focus on the LEO market first, and Holland says that the company will be engaging in an open beta test of sorts with several departments over the next few months as they work to fine tune the firearm.

While smart guns have long been a dream for gun control activists, home-built firearms are one of their nightmares, and Cody Wilson of Defense Distributed may be their biggest bogeyman when it comes to the home-built and unserialized firearms colloquially known as “ghost guns.” At this year’s SHOT Show Wilson was showing off DD’s new Ghostgunner 3, a tabletop CNC machine that can turn a solid block of aluminum into a lower receiver for an AR-15 in about six hours. 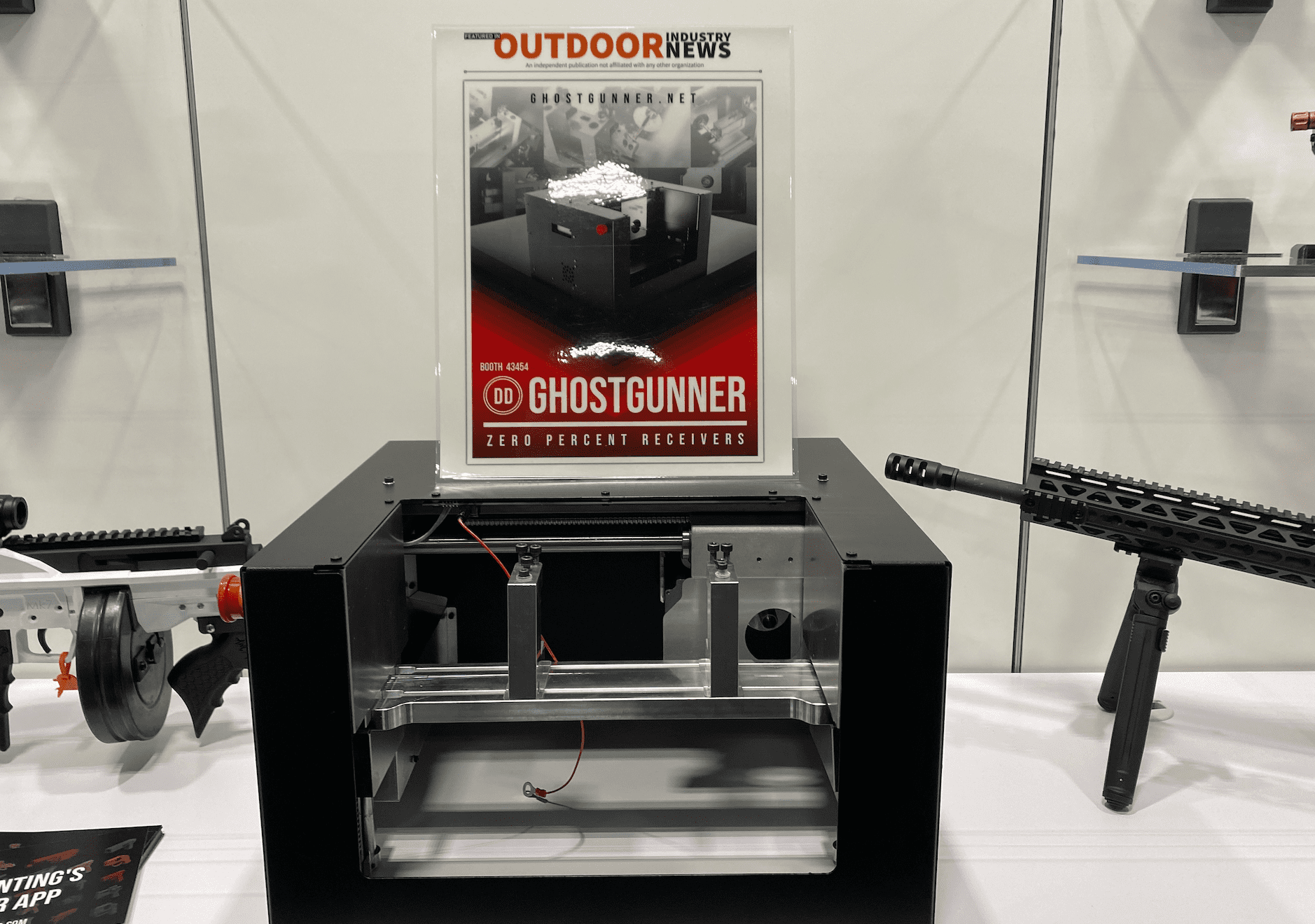 As the Biden administration moves to crack down on home-built guns and DIY gun kits featuring “80%” receivers or frames (those that have been milled to 80% completion, with the purchaser providing the final 20% of the work needed to turn it into a firearm as defined by federal law), Defense Distributed’s response highlights one of the practical problems with the ATF’s proposed rule, which basically declares that anything that is in the process of being turned into a firearm should be considered one from the get-go.

“They were thinking ‘well, we’ll give ourselves enough room to say anything, even on its way to becoming a firearm is now a firearm’, but you’ll notice that even in the last draft of the rule that we’ve seen for comment they say ‘but of course we don’t regulate things like unformed blocks of metal’. And then I go, ‘well then I don’t need to read any further. At page 20 I can stop and say ‘You f***ed up, we’ll go from the block of metal or the block of plastic.”

Wilson says that the Ghostgunner 3 may not be the most commercial package when it comes to zero-percent receivers, but the CNC machine is proven to work and available for sale right now, and Wilson says he expects the gun-building community is only going to further improve and refine the technology. What’s most important at the moment, according to Wilson, is demonstrating that zero-percent receivers are already here before the ATF publishes its rule on home-built guns.

“I don’t think they were thinking about us, but now if they’re spending extra time on the rule they have to think about it. Fortunately or unfortunately I think they’ll have to address or at least pretend to address this idea of coming from the unformed block.” 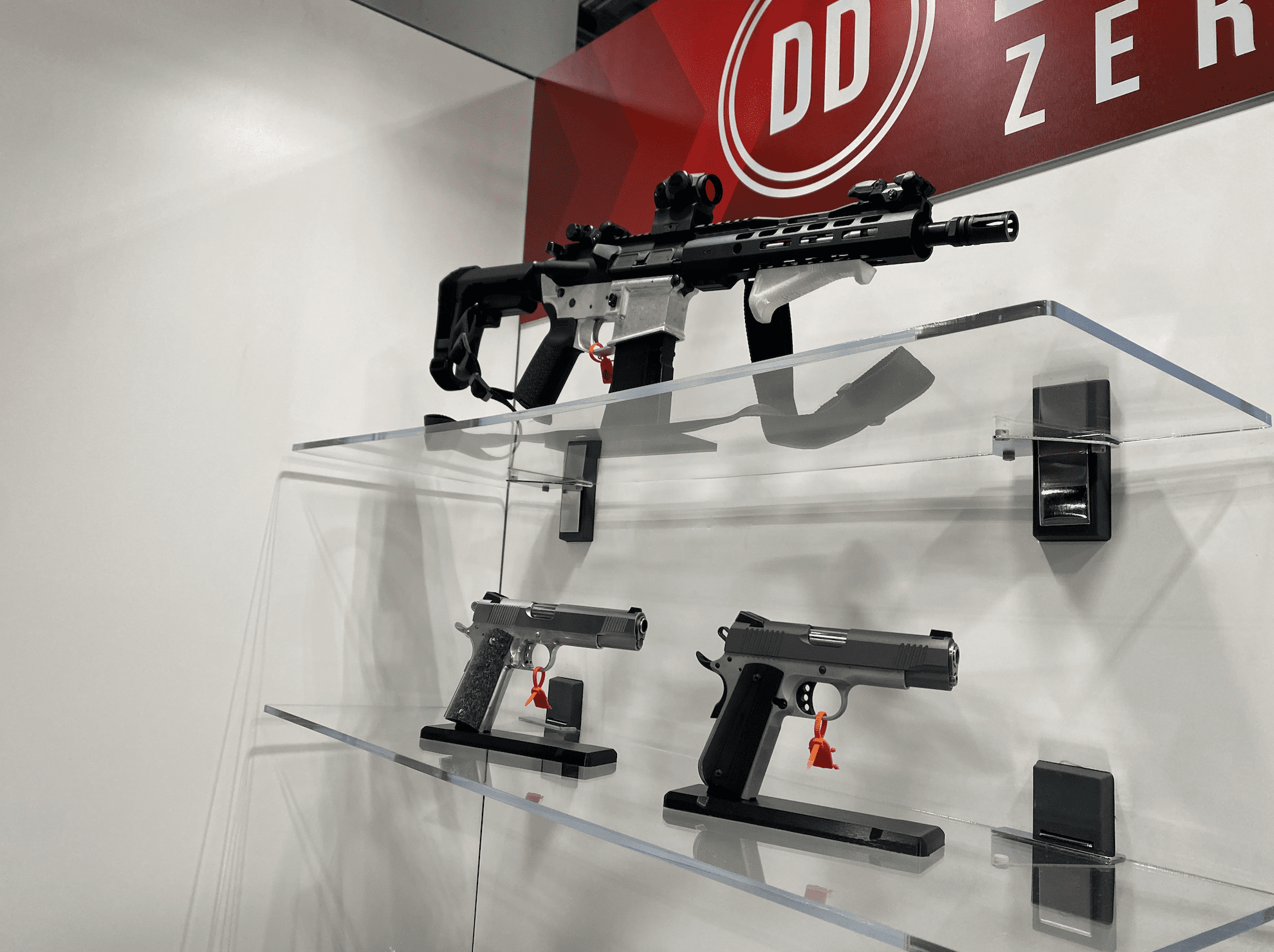 “But they’re in a corner,” Wilson continued. “How can they say that ‘yes, we even regulate the unformed block’? Will they say if I sell an unformed block I have to serialize it? Well then I won’t sell it; it’s a g******ed stock part, you know? 1.5  inch by 1.5 extrusion of aluminum, you know? They’re not going to tell Home Depot to serialize that part, they’re not going tell Metals4U, you know what I mean? It’s not going to happen.”

Wilson says he’s heard rumors that the proposed rule has already been delayed because of problems in budget, feasibility of enforcement, and other concerns, and he’s hopeful that by demonstrating that zero-percent receivers aren’t just a theoretical possibility but a real product, Defense Distributed has shown that the ATF’s attempt to solve the “problem” of 80% gun kits has created many more issues for the agency.

SmartGunz and Defense Distributed offer up two competing visions of the future of gun ownership, although I suppose there’s no reason why a home-built gun couldn’t also incorporate RFID or biometric technology if the builder wanted it to. And in all honesty, the future of firearms is likely to include both “smart” and “ghost” guns, though my guess is that home-built firearms are going to prove much more popular among most gun owners, with “smart guns” primarily being purchased by government entities. Maybe the consumer demand for “smart” guns is larger than what I’ve seen among my circle of gun-owning friends and colleagues, but personally, if I had $2500 to spend on a new gun at the moment, I’d much rather buy a Ghostgunner 3 CNC machine to build my own firearms than purchase a “smart” 1911-style 9mm.

If the gun control lobby gets its way, however, only one of these products will be legally available for sale in the future. We’ll see what the Biden administration’s final rule on DIY guns looks like when it’s released later this year, but the fight over your right to build your own firearm is likely to be one of the biggest issues for gun owners and Second Amendment activists in the months ahead.