Most Democrats are at least willing to acknowledge that rural voters are running away from their candidates in droves, but that doesn’t mean they’re eager to accept the reasons why. Everytown founder/gun control sugar daddy Michael Bloomberg, for instance, wrote an op-ed this week blaming the Democrats’ woes on education issues, without ever once even hinting that his own pet issue is one of the big reasons why the left is faring so poorly in rural areas.

Note that I said “reasons.” I’m not blind to the fact that gun control isn’t the only issue keeping rural voters at arms length from the Democrats. According to a new Morning Consult poll, some of the biggest factors at play at the moment are immigration and support for law enforcement, but that doesn’t mean that gun control doesn’t matter. 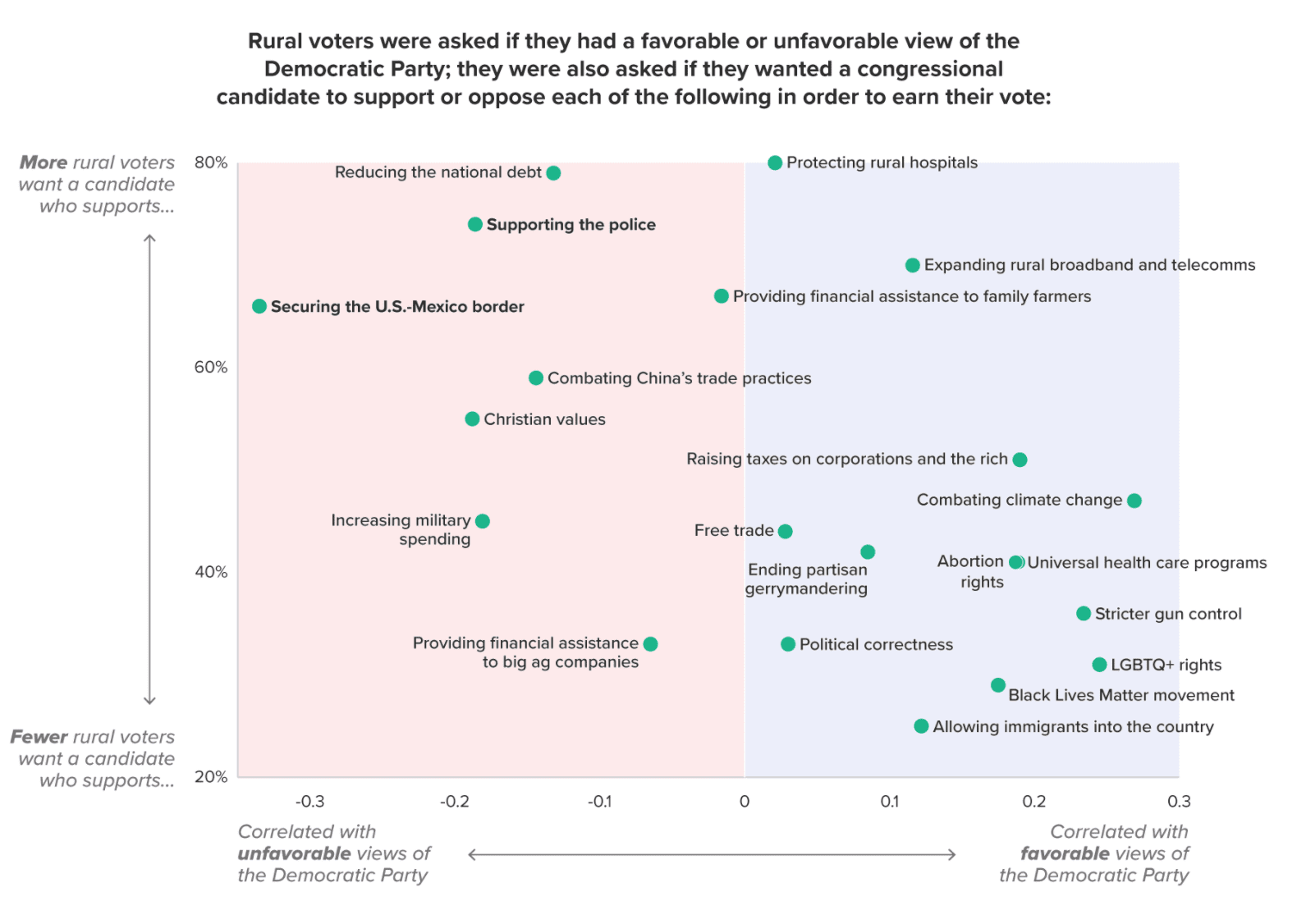 Basically, the only rural voters who want gun control are the most hardcore Democrats, but even then the issue is one of their lowest priorities, along with expanding immigration, support for Black Lives Matter, and LGBTQ+ rights.

In other words, what drives support for the Democrat Party in big cities is driving rural voters away from the left, though there are still some Democrats who insist that with just a few tweaks the party can deliver a message that resonates in rural spaces.

Former Montana Gov. Steve Bullock, a Democrat who was re-elected in 2016 when Trump carried the state by 16 percentage points, said his party has a decent policy pitch to make to the voters in rural America.

Taking the immigration issue as an example, Bullock said Biden’s “main” policy on the country’s Southern border — pandemic-related migrant expulsions — should appeal to those who prioritize border security, as it has in many ways continued the Trump administration’s approach rather than broken from it.

“Unfortunately, what people are hearing is the chyron,” he said, riffing on the salience of Republican messaging that frames Democrats as police-defunding anarchists and emanates through rural communities via conservative news channels.

Blaming their declining fortunes on “the rubes watch too much Fox News to know how much they agree with us” may be of some comfort to Democrats, but it doesn’t really get to the heart of the matter. Despite what Biden is or isn’t doing with any particular policy, Democrats are still rightfully seen as the party of amnesty and welcoming illegal immigrants with open arms.

Similarly, the fact that Democrats in Congress haven’t brought Biden’s gun ban up for a vote doesn’t mean that the party has turned its back on an anti-gun agenda. Democrats are still rightfully seen as the party of gun bans and criminalizing the right to keep and bear arms, and that makes voting for a Democrat a non-starter among most rural voters.

Democratic strategists are frantically casting around for a way to make their candidates more appealing to suburban and rural voters this year, but the party’s fundamental hostility towards our Second Amendment rights isn’t something that can swept under the rug or spun away in a 30-second campaign ad. Gun control is simply political poison outside of deep-blue Democratic strongholds, and it’s shaping up to be one of the major factors in what looks to be a red wave election come November.