We’ll be talking about the midterm results throughout the day, including a broader look at how the Second Amendment fared on today’s Cam & Co, but let’s start our post-mortem by focusing on a positive: the absolute dominance of governors who signed Constitutional Carry into law.

The gun control lobby went 0-for-7 in their attempt to unseat those governors who were on the ballot last night; Brian Kemp is currently leading Stacey Abrams by about 7.5% points and has been declared the winner in Georgia, New Hampshire Gov. Chris Sununu crushed Democrat Tom Sherman, Iowa Gov. Kim Reynolds is cruising to re-election by nearly 20 points, Oklahoma Gov. Kevin Stitt ended up winning re-election handily despite polls showing a very tight race, and in Texas, Greg Abbott is currently ahead of Robert Francis O’Rourke by a whopping 12 points.

Ohio Gov. Mike DeWine had the best night of all; he’s currently leading Democrat Nan Whaley by about 25 points, and Whaley probably won’t even be able to crack 40% of the vote. Additionally, Florida Gov. Ron DeSantis, who has pledged to sign Constitutional Carry into law in his second term, obliterated Democrat Charlie Crist by nearly 20 points as well.

Some of that ticket-splitting can be blamed on candidate selection, but that doesn’t account for the wide victories for pro-Constitutional Carry (and generally pro-Second Amendment). As my colleague Tom Knighton will delve into later today, Robert Francis O’Rourke’s focus on gun control was such a fizzle that he ended up losing Uvalde County, and in Ohio DeWine is crushing Whaley in Montgomery County, where Whaley served as Dayton’s mayor during the 2019 mass shooting that raised her political profile to the point that she thought she could take on the Republican. 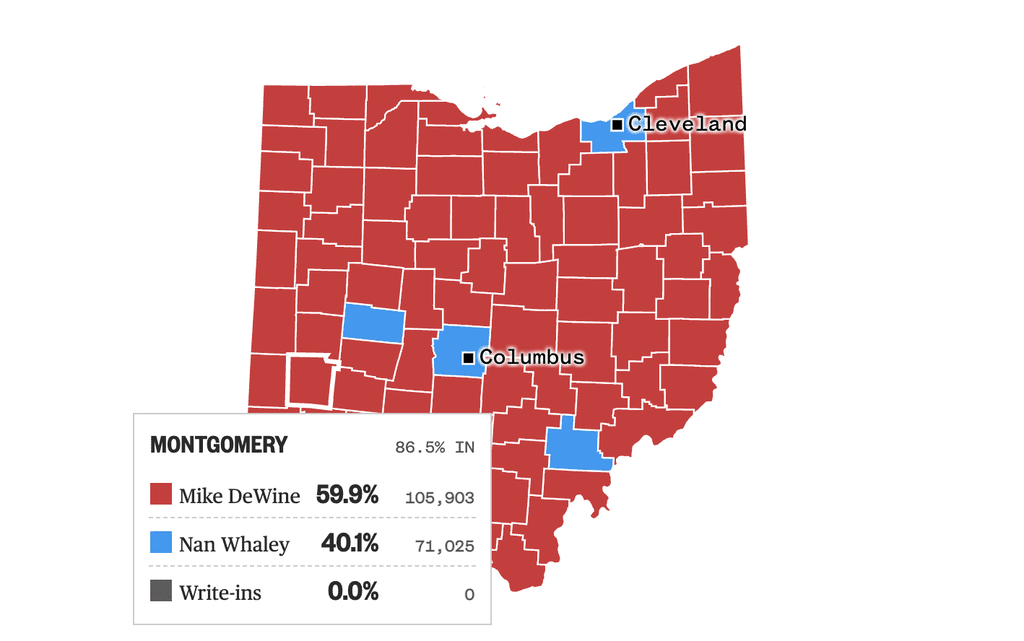 That’s not even close. In fact, based on the numbers that I’ve seen it looks like every one of these governors will actually improve on their share of the vote compared to the 2018 elections. Gun control activists like Giffords’ Peter Ambler declared before the midterms that this was the election cycle where Democrats would prove it’s safe to run on gun control, but so far there’s not much evidence that was the case, especially in governor’s races. While Republicans failed to flip any Democrat-held seat, the margin of victory for Kathy Hochul in New York and Michelle Lujan Grisham was much closer than Andrew Cuomo’s 22-point win and Grisham’s 14-point victory in 2018.

Poll shows how little Californians care about their rights
Feb 03, 2023

Pentagon Confirms Second Chinese Spy Balloon, Here's Where It Is
Townhall
If this thread about why America is REALLY helping Ukraine is true at ALL it's HUGE (back to Obama?!)
Twitchy
BREAKING: Explosion in the Sky Over Billings, MT Where Chinese Spy Balloon Had Been
Redstate
Want to Avoid the ICU for COVID? Just Take This One Little Pill
PJ Media