Back in February while I was tooling around the NRA Great American Outdoor Show I bumped into Sarah Joy Albrecht, the Founder and Executive Director of Hold My Guns®. Albrecht and I had previously been acquainted when I was working on a piece in November of 2021 about the need for a national conversation on storage options for gun owners outside of their homes. Albrecht was with Hold My Guns® co-founder Genevieve Jones, a firearms instructor, mental health advocate, and she’s a part of The Gun Collective. Also in tow was Tony Simon from the 2nd is For Everyone Diversity Shoot (Simon has been making his own positive waves as well), who slightly lifted me off the ground during our bro-hug. 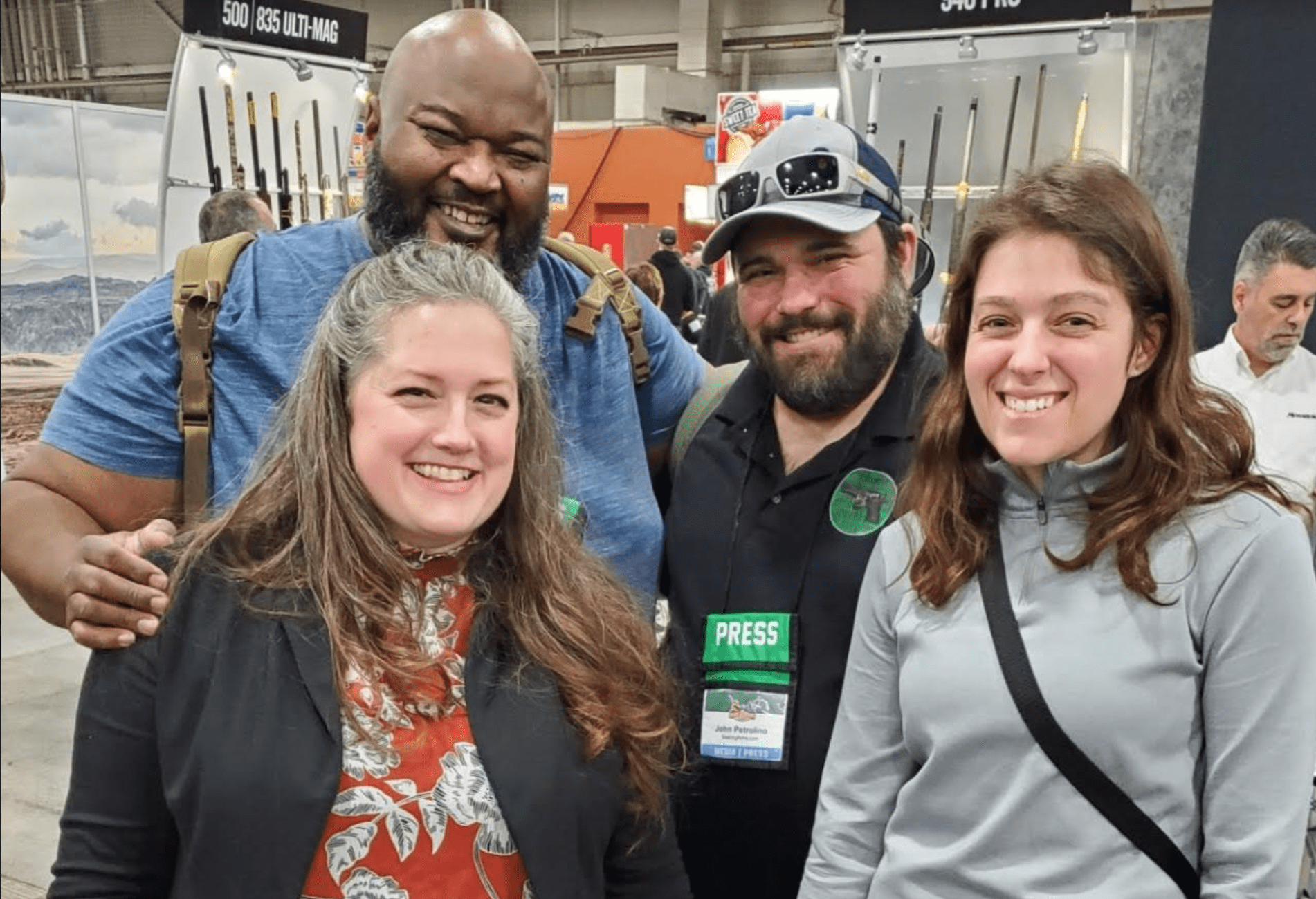 The four of us by chance happened to assemble by the Mantis booth at the show. I was talking to some of the representatives about a project I’m working on, and that’s when these 2A heavy lifters and I ran into each other. Albrecht, exploding with energy, lit up as we finally got to meet in person. I have often said when referencing her; “That Sarah Joy is intense!” In a good way. With the same intensity of her persona, she pulled me aside and said “I’ve got something to tell you!”

What did Albrecht excitedly tell me about? She told me about a matching funds donation campaign spearheaded by several industry members. The full details of the funds raised were made public by Hold My Guns® on March 25th.

Over $27,000 was raised in support of nonprofit Hold My Guns® thanks to a surprise fundraising campaign from defense community leaders Active Self Protection (ASP), Heckler & Koch (HK), Mantis, and POM Industries.

Hold My Guns® is a liberty-minded nonprofit that connects gun owners with partnering Federal Firearms Licensees (FFLs) to provide voluntary storage during times of crisis or personal need.

“Stigma around seeking help for mental health in our firearms community is very real,” said Sarah Joy Albrecht, Founder and Executive Director of Hold My Guns®. “The message of hope being conveyed by ASP, HK, Mantis, and POM, carries even more value than their generous donations. Knowing that these defense champions are in the trenches as waymakers for voluntary firearms storage empowers gun owners to utilize this option with confidence.”

Seeing Albrecht, Jones, and their organization succeed in this way is something close to my heart. Anyone that’s no stranger to my articles will know that I think it’s important to come up with outside of the box solutions for dealing with firearms and mental health. Our alternatives are more laws, which clearly don’t work, and have been crammed down the throats of gun owners for decades. Setting up dynamics that are voluntary and show that we care about another in the Second Amendment community matters. Albrecht has crafted a solution that’s a giant leap in meeting the goals of offering options, voluntary options, to gun owners. The work that’s been done has not gone unnoticed, hence the outpouring from other industry members.

Fundraising began during the National Shooting Sports Foundation’s SHOT Show in January. During the event, while Neil Weidner of Active Self Protection interviewed Hold My Guns®’ founder Sarah Joy Albrecht on written safety plans that include securing lethal means, Weidner surprised Albrecht on camera by announcing that the four companies would each match every dollar donated up to $5,000, with a combined total of $20,000 pledged.

Here are some of the comments from representatives of the companies that took part in the pledge:

“The Active Self Protection team are Second Amendment absolutists and we strongly believe we should be able to use firearms for their intended purpose free of government interference. This requires us to be proactive and purposeful in finding ways to support the very real people in our community when they are facing change and potential crises,” [Stephannie Weidner, CEO of ASP]

“At HK we are so happy to be able to help out, in a small way, with the good work being done at Hold My Guns®…Mental health is one of those issues that has affected just about everyone, including friends and colleagues here at HK.” [Bill Dermody, Marketing Director of HK]

“We’re 100% aligned on the mission to support HMG in their efforts to support responsible gun ownership…When we exercise individual responsibility, the entire community benefits. We’re thrilled to see such a positive response to HMG and are excited to see their growth continue.” [Austin Allgaier, President and COO of Mantis]

“POM Industries is committed to empowering people to live life to its fullest. Our name, which stands for ‘Peace of Mind’, underscores how having the right resources can make a difference not only in personal defense but in one’s outlook. POM Industries financially supports the mission of Hold My Guns® because we want to ensure that our community has the option of voluntary firearms storage, and the peace of mind that goes with knowing firearms are secured in a professional, stigma-free environment.” [Alexander Caruso, Founder and CEO of POM] 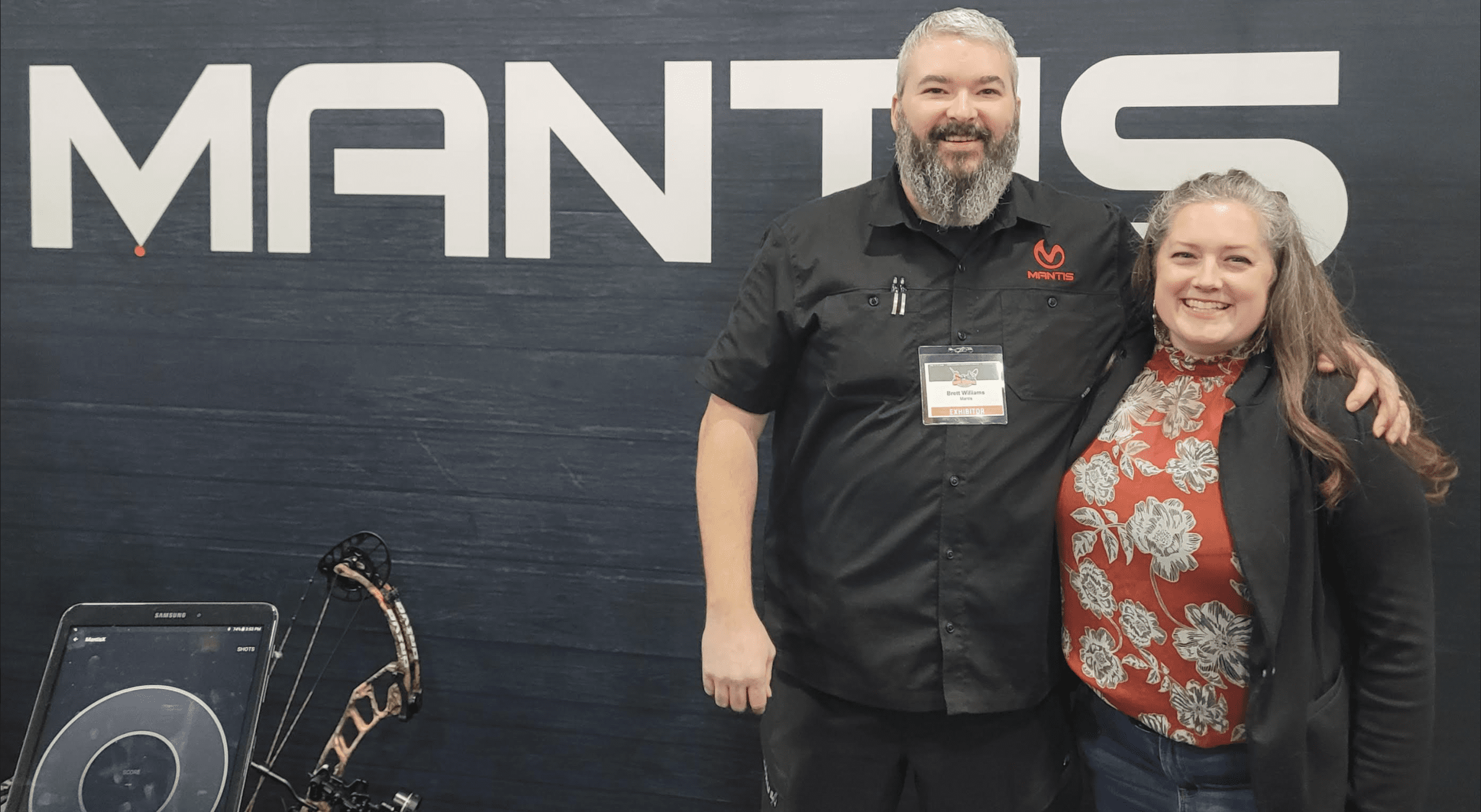 Albrecht noted that in addition to the funds raised and donated by those organizations through the matching program, $7,359.00 was also received by individual donors in support of their mission. This brought the total campaign yield to $27,359.00. Of those funds received, some of them are already being put to use through the printing and distribution of brochures/literature given to gun owners at retail locations and gun shows.

I reached out to Albrecht to talk to her about this monumental step in the organization, and this is what she had to tell me:

Every day, I wake up with a deep sense of purpose to serve our community through the work of Hold My Guns. With infringing gun control laws weaponizing life’s hardships, it is not a surprise that gun owners have been hesitant to talk openly about their struggles, let alone seek help. That significance of our mission is that it is for-gun-owners, by-gun-owners. Through this work, our community is saying, ‘Just because we take seriously responsibility of being our own first responders , doesn’t mean that we have to struggle alone.’ This life-saving message is being amplified today because of the solidarity and generosity of ASP, HK, Mantis, POM. We are so grateful.

It’s exciting to see solutionaries succeed on this kind of level in the Second Amendment community/industry. The work that Albrecht, Jones, and all the rest at Hold My Guns® does needs to be saluted, emulated, and embraced. A true conversation needs to happen on a national level on this topic, and people like Albrecht are doing the heavy lifting to both bring awareness of flaws in our current laws, but also bring to the table workable solutions to some of the issues gun owners face.