Oh Massachusetts! Out of all the states requiring resources, I really thought that the matter of putting up roadblocks on carry would be a vestige of what now remains. I feel like I’ve been handed a chat history between dissenting partners during a lover’s quarrel, and some of it is just too good. And by that I mean the tongue lashings you’re getting from our friends over at Gun Owners Action League (GOAL).

GOAL reported the other day that the Attorney General and executive branch in the Bay State are doubling down on their awful guidance and position statements. An “FAQ” that GOAL shared with their membership shows the administration’s continued non-commitment to making their policies constitutionally sound. The lastest from the AG’s cache of passive aggressive text messages involves the subject of restriction removal from current licenses to carry issued in the Commonwealth.

This document is intended to be read in conjunction with the Joint Advisory Regarding the Massachusetts Firearms Licensing System After the Supreme Court’s Decision in New York State Rifle & Pistol Association v. Bruen, which advisory was issued on July 1, 2022 by the Massachusetts Office of the Attorney General and the Massachusetts Executive Office of Public Safety and Security (the “Advisory”). Each licensing authority should review the Advisory as well as the decision in Bruen with its own counsel to ensure that its procedures are in compliance with the requirements of the Second and Fourteenth Amendments described therein.

This document is intended only as a practical guide for using the Department of Criminal Justice Information Service’s (“DCJIS”) Massachusetts Instant Record Check System (“MIRCS”) to comply with the requirements of Bruen.

This FAQ document could have been best summed up differently. What are the practical effects of NYSRPA v. Bruen? The practical effects are Massachusetts and their ilk need to stop playing games, remove all roadblocks in these processes, and accept the loss. The big “L”. 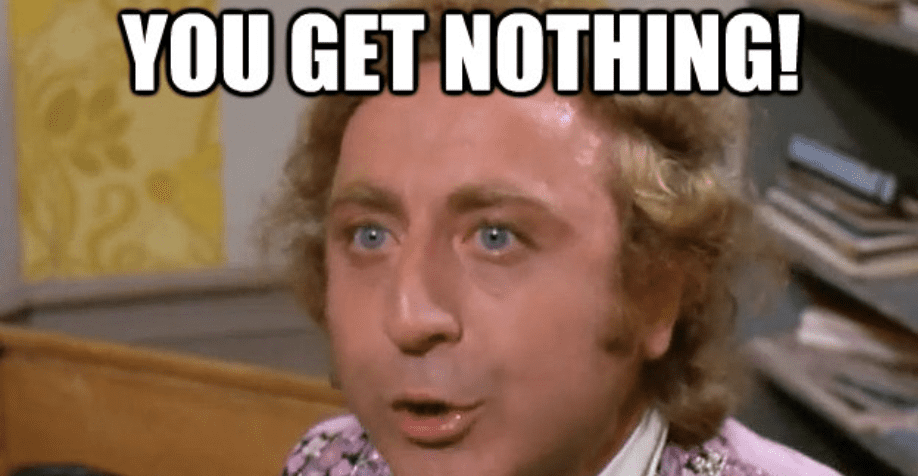 At what point do authorities become contempt of court? New York’s gotta be there, after all the orders were directed at them. But the opinion was rather inclusive pointing out that Massachusetts and other states had equally unconstitutional provisions in their laws.

Not taking this one on the chin, GOAL opened up a reply window and zapped off another scathing and well put missive. In this one, Executive Director James “Big Jim” Wallace, had to spell it out for the Governor, et.al. yet again.

What’s the deal? Massachusetts and New Jersey, both states that allegedly are tied at having the best public education systems in the country. How is it that they can make such claims while being so completely daft and ignorant? Their leadership clearly did not benefit from the educational system because they can’t comprehend simple instructions from the Supreme Court. From behind the woodshed we hear Wallace bellow:

We once again find ourselves demanding that you retract and revise the advisory (“FAQ”) released by the Department of Criminal Justice Information Services (DCJIS) on July 5, 2022. This specific advisory/FAQ concerned the landmark civil rights decision handed down on June 23, 2022 by the United States Supreme Court in the case New York State Rifle & Pistol Association, Inc., ET AL v. Bruen ET AL..

In this instance we are forced to address the unacceptable, and we believe, unconstitutional, guidance released by the Department of Criminal Justice Information Services (DCJIS). Gun Owners’ Action League (GOAL) and our members have been eagerly awaiting official guidance from the Commonwealth regarding the now illegal restricted firearm licenses. Unfortunately, the guidance your administration has released is not in compliance with this decision and has caused chaos across the Commonwealth.

The document your administration released states:

“This document is intended only as a practical guide for using the Department of Criminal Justice Information Services (DCJIS), Massachusetts Instant Record Check System (MIRCS) to comply with the requirements of Bruen.”

Given the previous advisory released, we were not surprised to find this most recent advisory to be neither practical nor in compliance with Bruen!

The advisory bullet points begin with: “Whose responsibility is it to remove restrictions?” The only thing that should been have stated here is that there is no need to remove any restrictions as they are all now illegal and unenforceable. The advisory should have been a true representation of Bruen by informing all law enforcement, throughout the state, that all restrictions on firearm licenses are now illegal and cannot be enforced.

The release also goes further to incorrectly advise local licensing authorities: “Whether and when you need to re-issue existing restricted licenses so that they no longer display a restriction on them are questions that you will need to answer after reviewing the Advisory as well as the decision in Bruen with your own counsel.”

Why would the local authorities need to re-issue anything? Since all firearm licenses issued in Massachusetts are a state license, the Firearms Record Bureau (FRB) should immediately review their records to identify any illegally restricted licenses. Upon establishing those records, the FRB should automatically reprint all such licenses removing any restrictions and re-issue them immediately. Why is the Commonwealth wasting municipal resources and lawful citizens’ time to attempt to rectify a matter that the state can easily address within in its own system?

It also advises local authorities that prior to doing away with restrictions that they should: “…after reviewing the Advisory as well as the decision in Bruen with your own counsel.” What possibly exists to review? Specifically, what is there to review with legal counsel on the local level regarding now illegal state licenses? Unless of course they are refusing to comply with the Constitution and are preparing to defend themselves against a civil rights lawsuit!

The entire release is a brazen attempt by the Commonwealth to shed its responsibility to ensure that the State’s firearm licensing system is run in a constitutional manner. It is astonishingly clear that the State is once again using what amounts to local licenses agents as political and constitutional cover!

This continued official effort to cling to unconstitutional and bigoted laws is unconscionable. The days of restricting the civil rights of lawful citizens in a bogus effort to reduce crime is over.

Governor, Massachusetts is world renowned as the birthplace of liberty. You now have a rare and historic opportunity to actually restore lost liberty. The decisions you make today will be reflected in your Gubernatorial legacy. Your simple choices are to either restore our civil rights or continue your efforts to stifle civil rights and personal liberties. Governors throughout the history of the United States who have chosen the latter are held in very low regard.

It really is such a simple process. The order should be that all restrictions on the licenses are invalidated. They won’t be issuing restricted LTCs in the future, so why is this even a conversation?

Like New York State dealing with New York City, Massachusetts has to deal with Boston. We all know that most of this is driven by Beantown. Sure, some other power hungry jurisdictions like to control the people. But part and parcel, most of the issuing authorities in Massachusetts honors the Second Amendment the best they can within the confines of the awful laws there. Boston and the few other outlier cites just don’t want the people to be able to exercise their Second Amendment.

If Charlie Baker had any stones, he’d tell Boston they’re on their own and can make their own ordinances to mess things up for themselves. The rest of the state leans towards compliance while the Attorney General is over here playing these word games wondering what the effects of the decision are. “Game over man, game over.” Those are the effects.

We have to salute groups like Gun Owners Action League for standing up for the non-gentry. Whoever fired the shot heard around the world must be rolling in their grave. What’s going to happen next? Who knows. But, I’m going to have my popcorn ready for the next round of messages in this toxic relationship. Bay Staters really are being battered by their public masters, and thankfully GOAL’s standing by to not have ’em put in the corner.