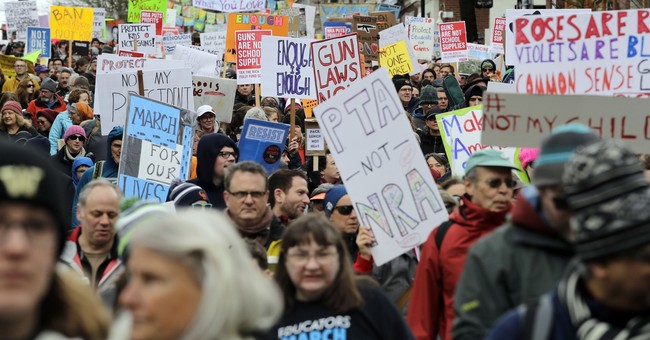 Americans’ views have changed significantly on the hotly debated issue, from a record 13 percent of respondents saying that guns and gun control were the number one issue facing the country in April, to just two percent. In January 2018, only one percent of those surveyed viewed gun control and gun reform as a top problem.

In the table titled “Americans’ Views of the Top Problem Facing the U.S.,” guns and gun control doesn’t make an appearance. The issue takes a back seat to immigration (now the number one issue), and dissatisfaction with government/poor leadership. It even comes in behind healthcare and ethics/morals/religious/family decline, both of which are at three percent.

The National Rifle Association reviewed the survey and noted that, in its write-up, Gallup does not mention the topic of firearms once. To find the public’s opinion on the issue, one needs to download the entire trend file and scroll down to the very last page.

More interestingly was how Democrats felt about the issue of guns and gun control when stacked up against all other topics.

Guns aren’t mentioned at all in the Gallup article on the July survey – not even in the section about “Americans’ Views of the Top Problem Facing the U.S.” Perhaps even more tellingly, it was not one of the top five most important problems cited by Democrats. You’ll only find the data on guns/gun control if download the full trend file and turn to the last page.

While states continue to pass gun control and gun reform bills–Illinois Republican Governor Bruce Rauner signed a “Red Flag” bill into law last week–proposals at the national level aren’t gaining much traction. But while Americans may not view gun control and gun reform as the number one issue facing the country overall, many Americans still see it as a primary concern and are advocating for changes. As mentioned before, states and cities are continuously making attempts to change existing laws.

Earlier, Tom wrote about the Parkland activists attempting to make gun control a middle of the road, bipartisan issue. According to the survey results, it appears the students’ job of touring the country in an effort to encourage people to vote for candidates that will support and pass gun control legislation just got more difficult. Gun reform and gun control laws may not be the rallying cry gun control activists thought they’d be going into the midterm elections.

If Americans don’t view guns and gun control as a top issue come November, they will be unlikely to cast their votes for a candidate simply because of their stance on firearms.