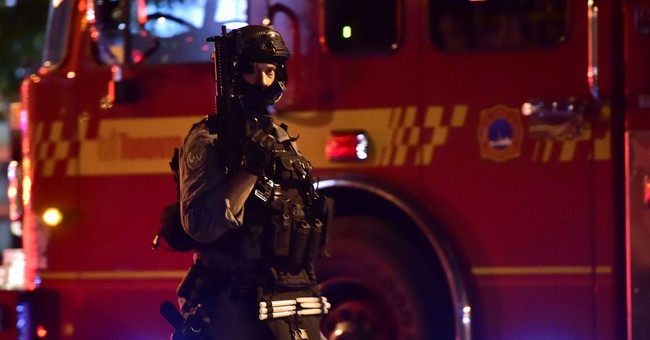 Canadian officials still have a lot of unanswered questions following the mass shooting that occurred in Toronto, Canada Sunday night. But new reporting has revealed that law enforcement may have an idea of how the shooter obtained his firearm.

Here’s the report from CTV News with the details:

The gun used to shoot 15 people on a busy Toronto street was likely obtained from a “gang-related source,” according to a person familiar with the case.

CP24 safety specialist Cam Woolley says a police source has told him the semi-automatic handgun used in the shooting is illegal in Canada and was originally from the United States. American authorities are helping track the gun’s exact origin.

Early Wednesday morning Fox News reported that ISIS is claiming responsibility for the attack, saying the man “was a soldier of the Islamic State.” Canadian officials have made it clear, however, that there is no evidence the shooter had any ties to the terrorist organization. This is not surprising, as ISIS has falsely claimed responsibility for attacks in the past.

Following the shooting, family members of the attacker stated he struggled with mental illness. In a statement, the family said, “The interventions of professionals were unsuccessful. Medications and therapy were unable to treat him. While we did our best to seek help for him throughout his life of struggle and pain, we could never imagine that this would be his devastating and destructive end.”

Almost immediately after the shooting, Toronto Mayor John Tory quickly denounced the violence and immediately called for restricting access to firearms in the city. In a statement to the City Council he said, “You’ve heard me ask the question of why anybody would need to buy 10 or 20 guns, which they can lawfully do under the present laws. And that leads to another question we need to discuss: Why does anyone in this city need to have a gun at all?”

As Tom noted on Tuesday, Canada already has strict gun laws. He also pointed out that, before all the facts were known, gun control proposals were already a part of the discussion. Considering the shooter obtained the firearm illegally, and that Canada has already banned the handgun used, it’s impossible to say what could have been done to prevent the attack.

The CTV News report explains that city councilors voted on various measures to combat future gun violence on Tuesday. Many of the actions did not focus on gun control. However, the councilors did vote on restricting firearm access in the city:

Councillors also voted to request that the provincial and federal governments ban the sale of handguns and ammunition in Toronto.