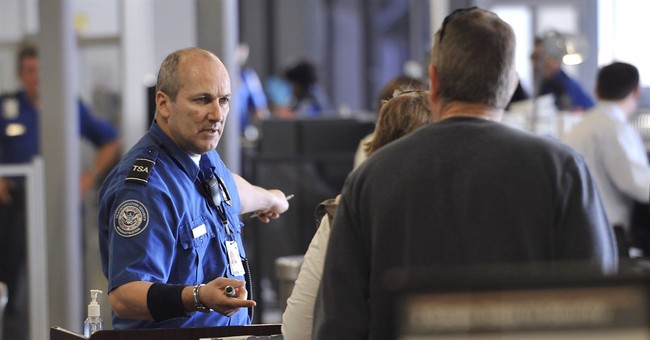 Though David Henrie apologized after his arrest on Monday for accidentally bringing a loaded handgun into the Los Angeles International Airport, it didn’t stop other Hollywood stars from criticizing him for his mistake. However, the criticism isn’t for what some might think.

Actress Ariel Winter, known for her role as Alex Dunphy on the television comedy series “Modern Family,” went after Henrie, not because Henrie is a gun owner, but because he was negligent.

The actress tweeted about the situation, saying, “So…you didn’t notice the *loaded* gun in your bag when you were packing for the airport????? In other words…why was your gun not stored safely in a place where you knew where it was and why in the f*** was it loaded??”

Winter, a legal gun owner herself, let those who thought her reaction to the situation was too harsh know there is no excuse for not knowing where your firearm is and forgetting you’ve loaded it.

“I am a licensed gun owner. I would never, ever accidentally bring my firearm anywhere. I lock them up legally and know where they are at all times,” she replied to one Twitter user.

When someone pointed out that Henrie did apologize for his mistake, Winter noted his apology but asked a bigger question: “If he wasn’t a celebrity would he just be able to say sorry and walk away after bringing a loaded firearm in his bag to the airport?”

But according to what reports have stated, Henrie was treated by law enforcement as any other individual would be. Maybe officers were a little “nicer” or more cordial with him because of his celebrity status, but he didn’t get off the hook. The police still booked and arrested Henrie for breaking the law.

The most interesting thing about this whole story is finding out two Hollywood stars are proponents of the Second Amendment and carry firearms, and, despite Henrie’s mistake, care about gun safety and following gun laws.

Almost a year ago to the day, Winter posted pictures of herself at the Los Angeles Gun Club on her Instagram account. As Tom wrote back then, “Winter also shared pictures of her certificate for completing California’s firearms safety course on her Snapchat account, as well as her practicing with various firearms.”

Furthermore, as Tom noted in the same piece, during the election cycle, Winter was a Hillary Clinton supporter. Though there are plenty of gun-owning Democrats who support the Second Amendment, it’s not every day a gun-loving, notable Democrat is open about their appreciation for firearms, especially in a progressive state like California.

Last year, people were left wondering how big of a gun supporter Winter was, and based on her response to Henrie’s actions, she appears to be all-in.

Winter is right in saying that Henrie should know where his firearm is at all times, as well as knowing that he had previously loaded it. Small mistakes like this can lead to more dangerous, unintended consequences. Like any time someone breaks the law, they have to face the proper punishment and take responsibility for their actions. However, people are still forgivable, and Henrie handled the situation at LAX with complete class.

Based on Henrie’s apology, he and Winter are on the same page. He’ll be learning from his mistake, no question.

Did the Justice Department Already Know That No Classified Docs Were at Mar-a-Lago?
Townhall
Jonathan Turley finds Biden DOJ effort to circumvent a Trump commutation 'deeply concerning'
Twitchy
DOJ Pokes Another Stick in Trump's Eye - It Will Retry a Man Donald Trump Granted Clemency To
Redstate
Total Silence Would Have Been Better Than the White House's Reaction to the Rushdie Stabbing
PJ Media