The study used nationally representative survey data collected from July 30, 2019, to August 11, 2019, to update information pertaining to the proportion of handgun owners who carried a handgun over the previous month.

The number of US handgun owners carrying nearly doubled between 2015 and 2019. The study found “[i]n 2019, about 16 million or roughly 3 in 10 (30.3 %) of US handgun owners carried handguns in the past month (up from 9 million or 23.5% in 2015), and approximately 6 million did so daily (twice the 3 million who did so in 2015).” And nearly 38% of the 16 million gun owners who carried in the previous month did so daily, with female gun owners daily carrying even higher at 42%, exceeding male gun owners at 37%. And all of these increases happened before the Covid lockdowns and the “Summer of Love” where many US cities experienced massive rioting, violence and staggering increases in crime.

The study’s authors note that while there is no definitive answer as to why these trends are occurring, they suggest a few possible explanations. One possibility is the increase in crime rates, which has led more people to feel the need to protect themselves. Another possibility is that there has been a change in social norms around gun ownership and carrying, with people becoming more comfortable with guns. Another possibility the study authors note that “these trends have been accompanied by a loosening of state laws governing who can carry handguns in public places.” 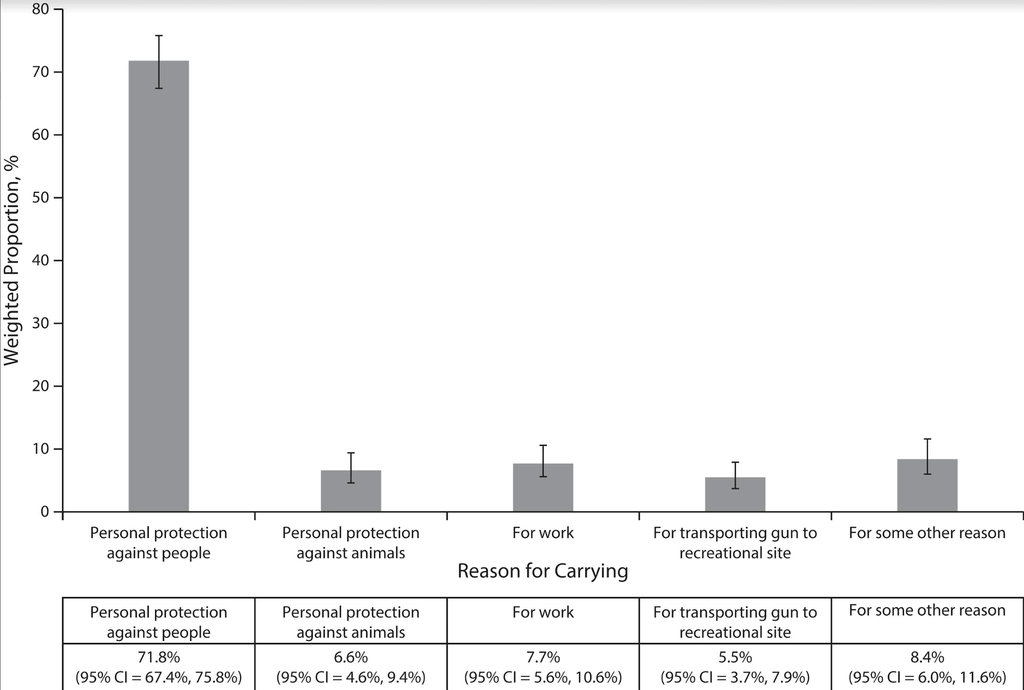 For the most part the study steers clear of political debate, except noting that the US Supreme Court case, New York State Rifle & Pistol Association v. Bruen, “could further catalyze the loosening of firearm-carrying regulations.” Let’s hope the authors are correct in their predictions about a loosening of carry regulations. Back in 1990, only 1 state allowed permitless handgun carry; at the time of this writing, that number had risen to 21. The study authors continue, “at a time when, as our study indicates, trends in handgun carrying already point to more US adults carrying loaded handguns in public places.” Well as this study shows, that trend was well on its way, even before the pandemic lockdowns and the Summer of Love.

It’s good to see more Americans exercising their right to not only keep, but to bear arms. With more and more Americans carrying firearms on a regular basis, the opportunity to use those firearms to stop violent criminals who prey on the defenseless only improves.