Flying into Vegas is often a bumpy ride. The desert winds are as unpredictable as the craps tables downtown. And January in Vegas can be a lot colder than most people realize. Today was one of those days. For those that haven’t attended SHOT Show or taken part in some of the offsite festivities, the one event everyone wants to attend is Industry Day at the Range. Why? Because at Industry Day at the Range, attendees have the opportunity to handle and test new firearms and ammunition, as well as talk directly to manufacturers about their latest products. For a firearms enthusiast, it’s a little bit like Disneyland is to a youngster. 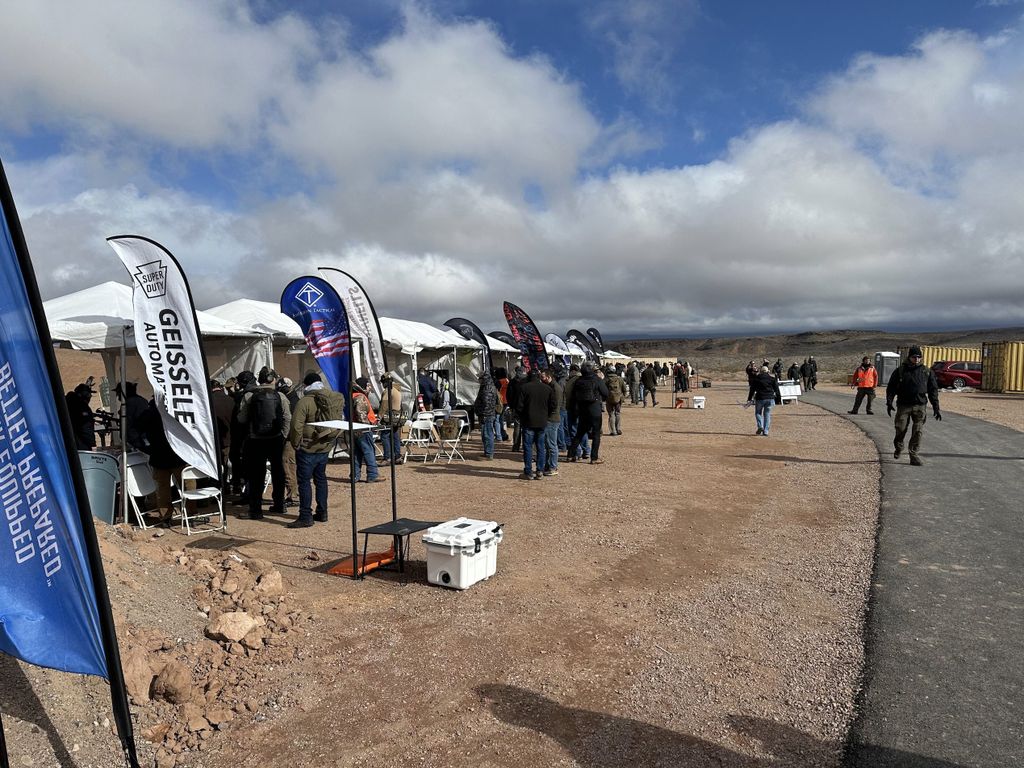 Industry Day at the Range is typically held at the Boulder Rifle and Pistol Club, about 15 miles outside of Las Vegas, where over 200 manufacturers and suppliers of firearms, ammunition, and related products set up exhibits and provide demonstrations for members of the firearms industry, including retailers, wholesalers, and members of the media. At Bearing Arms, we don’t typically do firearms reviews, but we do track industry news and events just as well as anyone on the planet.

This year, I had the opportunity to attend my first Range Day, so I wanted to share my experience and a few images with you. 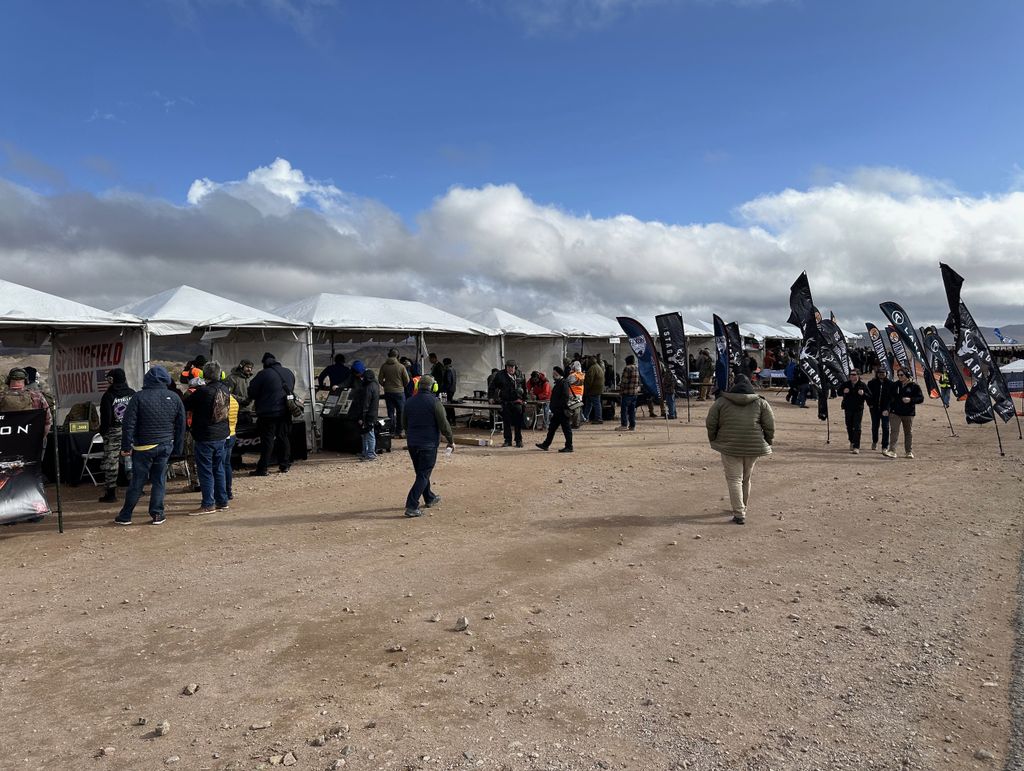 It was an unusually cold, wet and windy day in the Mojave desert. So windy, in fact, many in the media had trouble doing their usual manufacturer interviews. Manufacturers’ display stands were heaving to and fro, some to the point they were coming out of the ground. If you weren’t careful, your hat would end up dancing along the ground like a tumbleweed. But despite the cold and rainy weather, I was there to learn about the newest products and shoot them.

You can read the reviews of the latest firearms on several sites, but here’s what I found that piqued my interest, and what I saw wasn’t exactly new. First, Laugo Arms, known for designing the CZ Scorpion, is establishing a beachhead in the US market with a new pistol called the Alien. The Alien is a semi-automatic pistol notable for its unique gas-delayed blowback action, which is said to reduce recoil and improve accuracy.

The Alien is a polymer-framed, striker-fired pistol with a modular design that allows for easy customization and maintenance. It features a barrel with a built-in muzzle brake and a removable aluminum slide that can be replaced with different sizes and finishes. The Alien also has an integrated accessory rail for mounting lights and lasers.

One of the Alien’s most notable features is its gas-delayed blowback action, which uses a piston to slow down the movement of the slide and reduce recoil. This is said to make the Alien more comfortable to shoot and to improve accuracy. It’s a unique design, with reciprocating sides – so the entire slide does not move, just the sides. 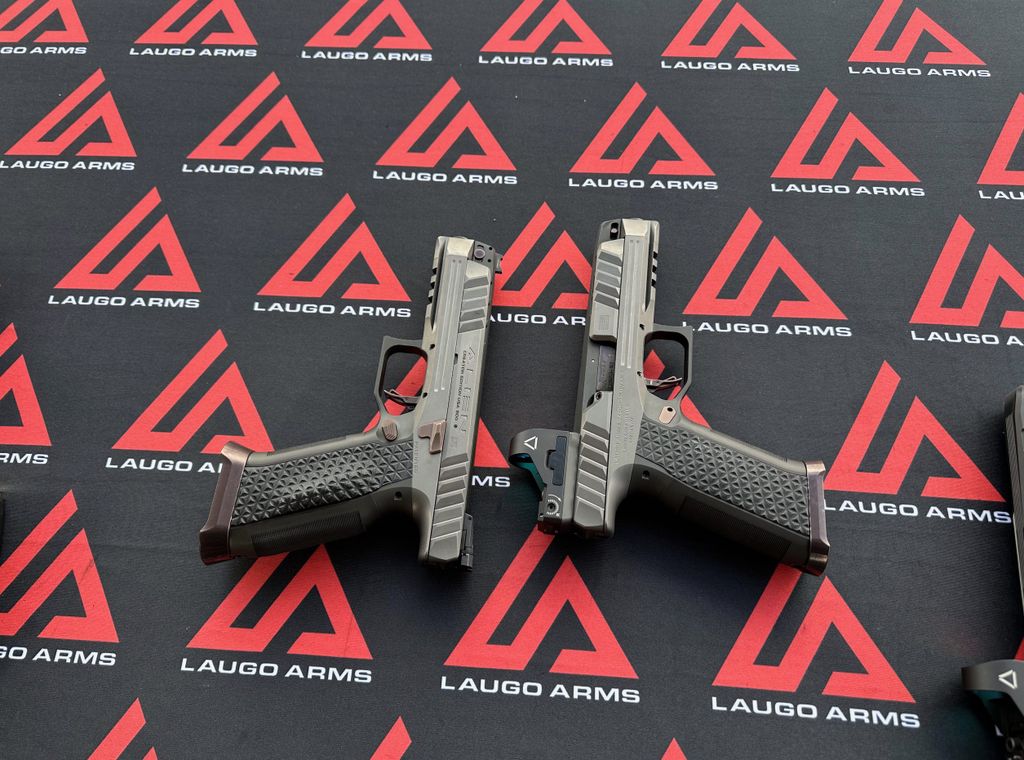 It’s a relatively new model and it’s not yet widely available, however, it has already generated some positive feedback from firearms enthusiasts who had a chance to test it. Because of the unique reciprocating slide, low bore axis and gas piston delayed blowback, shooting it felt unlike anything I’ve shot before. Does the Alien represent the future of the semi-automatic pistol? Time will tell. 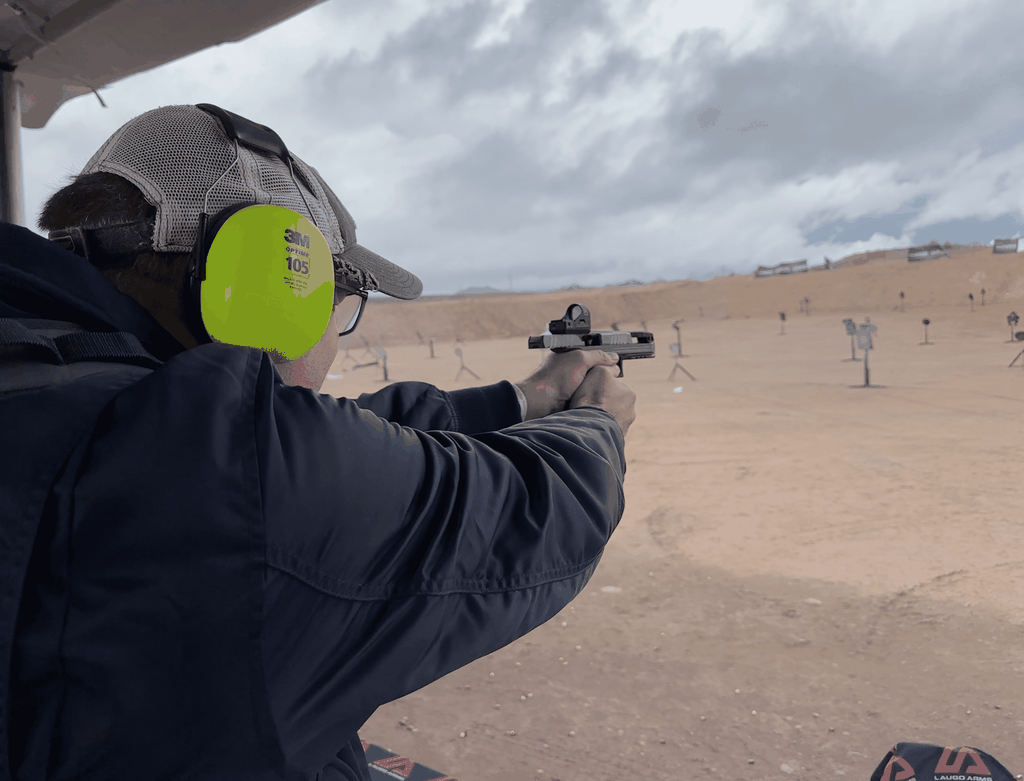 Many of you know I have been working on improving school safety. One important improvement to school safety is having an armed presence on campus to stop a threat as quickly as possible. As my good friend Polk County Florida Sheriff Grady Judd likes to say, “When seconds count, minutes don’t matter.” And the reality is that it takes minutes for responding law enforcement to arrive. So in Florida, we have an armed presence at each school, and where we can’t have a school resource officer/deputy, we instituted a school guardian program.

The Florida Guardian program allows school personnel who have undergone extensive background checks and training to carry firearms on school grounds in order to protect students and staff in the event of an active shooter situation.

The idea behind this program is that having armed personnel on campus can potentially deter or stop a shooter and provide a faster response time in the event that an incident does occur. By having firearms on campus, trained personnel can potentially neutralize a shooter before law enforcement arrives, which can help to reduce the number of casualties.

Initially, the Florida Guardian program was controversial, as there were differing opinions on whether having firearms in schools would be an effective way to protect them. Some argued that it increased the risk of accidental shootings and that other measures, such as security, mental health support and crisis management could be implemented to improve school safety. Well, the naysayers were wrong. The concerns about accidental shootings, guns being left in classrooms and other fears never materialized. It is important to note that the Guardian program is only one aspect of school safety and was implemented as part of a comprehensive school safety plan that includes other measures such as emergency preparedness drills, threat assessments, and security upgrades.

My point isn’t to re-litigate the merits of armed personnel in Florida schools, it is to remind the reader that school safety isn’t a one-and-done effort, and neither is enhancing the response of Guardians and school resource officers/deputies. That is to say, having immediate access to a rifle along with a pistol makes the response to an active shooter more effective – no running to a patrol vehicle or accessing a rifle stored in a safe. The challenge has been finding a rifle that can be easily carried by the officer or stowed in a backpack and deployed quickly. Enter FoldAR, a Texas company that has taken a new approach to the foldable rifle. Rather than creating a folding stock, FoldAR rifles fold at the barrel and, depending on the model, also at the stock. It’s a relatively (FoldAR has been around for a few years) new take on a foldable rifle and one that, in my view, could be the right solution for school resource officers. It might just be a great solution for home and personal defense, too. 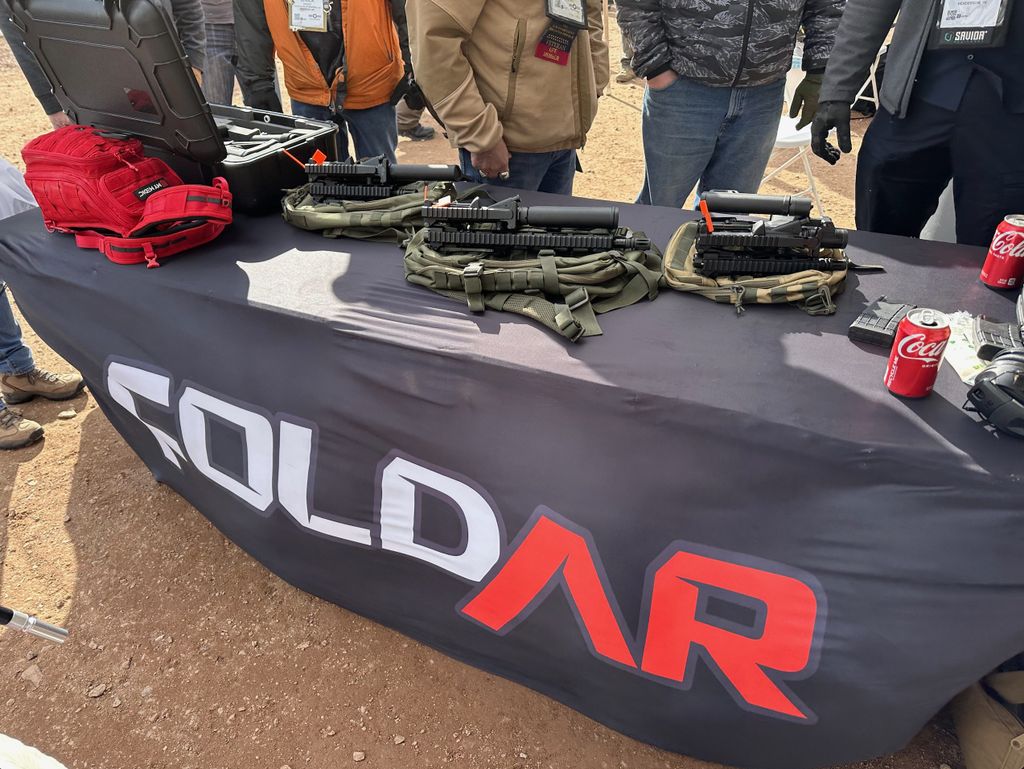 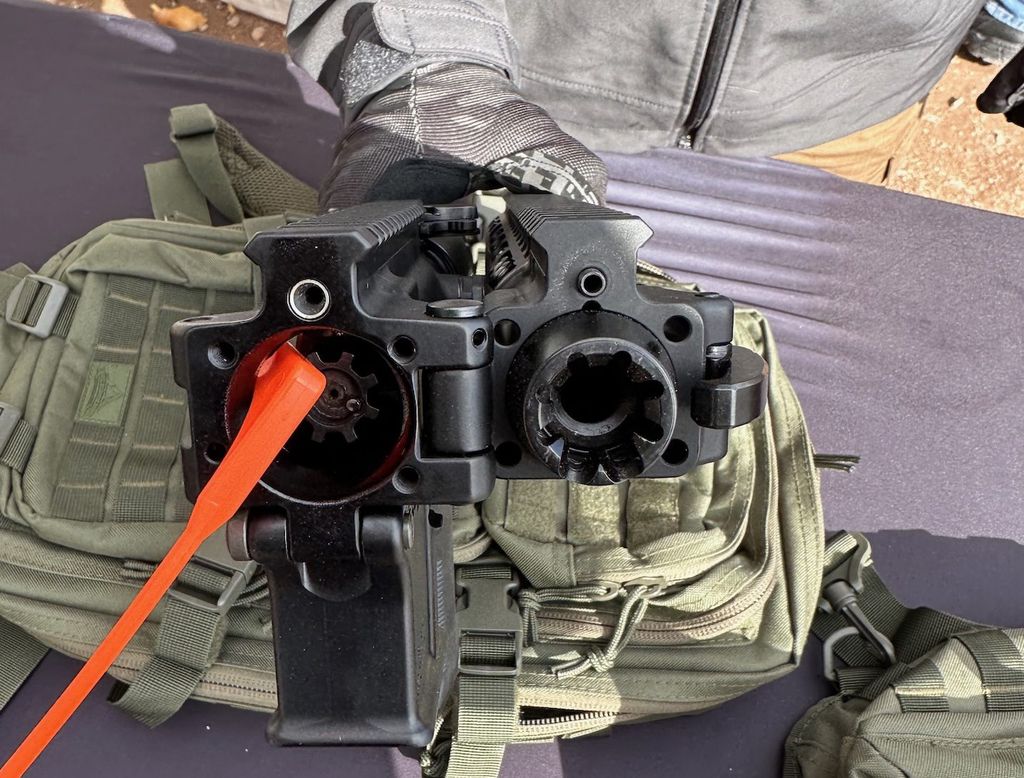 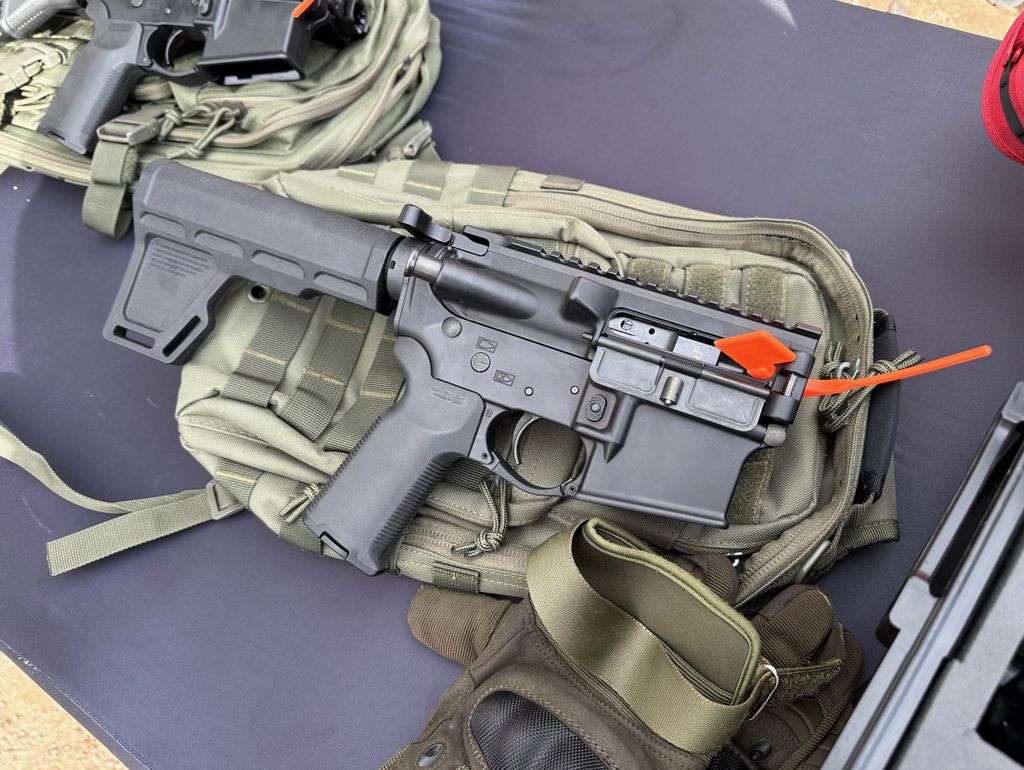 Well, Industry Day ended as it began – with a cold and windy drizzle. As we boarded the bus to return to SHOT Show HQ, despite the weather, I noticed I wasn’t the only person with a big smile on my face. Industry Day at the Range is way better than Disneyland.