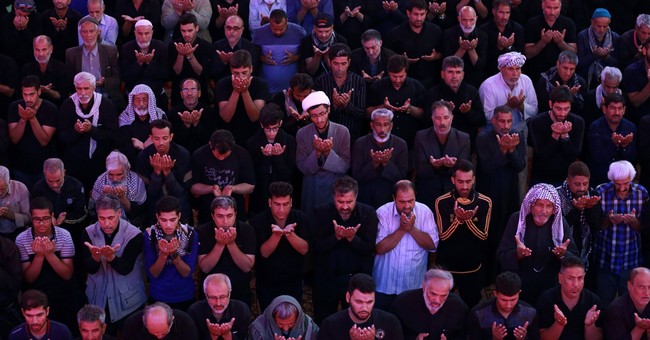 If there’s one thing that does typically cross the political divide, it’s a hatred of terrorism.

However, there are notable differences. In the wake of 9/11, many made it a point to argue that not all Muslims were responsible for the attacks and even pointed out a number of Muslims were murdered during it. Now, it seems that while Muslims were the victims this time, Democratic presidential candidates want to punish them.

On Monday, Sen. Kirsten Gillibrand, D-N.Y., told a crowd, “Unfortunately, because the gun manufacturers only care about gun sales, they oppose the common sense reforms that can save lives. They want to oppose universal background checks because they want to sell an assault rifle to a teenager in a Walmart. Or to someone on the terror watch list or to someone who’s gravely mentally ill with a violent background.”

Sen. Elizabeth Warren, D-Mass., endorsed that idea later that day during a CNN town hall, saying, “Background checks. At the federal level. No fly, no buy. Like if you’re on the terrorist watchlist, maybe you shouldn’t be able to buy a gun.”

While it’s truly awful that more could not be done to prevent such a tragedy, restricting the rights of individuals who are not convicted of a crime simply because their name is on a government watchlist is a violation of the constitutional rights of all Americans. The no-fly, no-buy gun proposal violates due process and is specifically discriminatory toward Muslims and people of Arab and South Asian descent.

The purpose of the No Fly List is to keep potential terrorists off of airline flights where they may attempt an attack. As we saw with 9/11, even a box cutter can be used to kill thousands of people once it’s onboard an airplane.  As such, the largest portion of people on that list are Islamic or bear Islamic names.

In other words, Gillibrand and Warren are advocating for a law that would prevent law-abiding Muslims in the United States who have been afforded no due process from buying guns.

Why? Because a white supremacist killed a bunch of Muslims.

I thought victim blaming was out of favor with the left. Guess it depends on the victim, huh?

This might play differently with me if the attack in question was an Islamic terrorist attack, but it wasn’t. Muslims were the victims this time, for crying out loud. Gillibrand and Warren are pushing for a policy that will prevent a lot of Muslims from buying guns.

Again, it’s worth remembering that it’s easy to get a name put on the list. There’s no due process involved. You don’t even know you’re on the list until you try to fly. Further, once you’re on the list, it’s extremely difficult to get your name off of it.

Gillibrand and Warren need to remember that the late Sen. Ted Kennedy–the brother of a president and a fixture in the Senate–was on that list, and not for his driving escapades, either. If he can end up on the list, who else can?

That alone should warn those two that No Fly, No Buy is a bad idea.