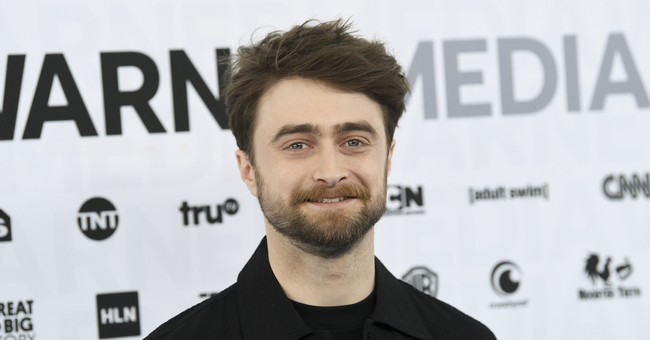 Daniel Radcliffe will probably always be known as Harry Potter. Frankly, there’s no way around that. You don’t grow up in a role that makes billions of dollars and just walk away from it.

However, Radcliffe has grown up and is taking on different projects. One sparked a fair bit of interest when a photo surfaced of a wild-eyed Radcliffe wearing a bathrobe, fuzzy slippers, and with firearms bolted to his hands. The picture was from a movie called Guns Akimbo.

About to see Guns Akimbo and I can’t believe I’m finally gonna see the context of this photo pic.twitter.com/buN1SXIHqA

Luckily, it can be found on YouTube–it’s also available on Amazon–and since it’s a gun movie, at least in theory, it’s worth talking about just a bit.

Radcliffe plays Miles, a down on his luck computer geek who feels completely powerless in his day-to-day life. As a result, he takes up trolling as a way to feel some power. He’s basically one of those wankers who go around Facebook stirring up stuff and then reporting you when you get angry. Unfortunately, his trolling ways lead him to try and take on Skizm.

You see, in the film, Skizm is the name of an underground fight club that pits various homicidal psychopaths against one another in battles to the death, then streams it only for the whole world to see.

Miles finds the practice disgusting, and proceeds to troll the Skizm faithful.

Unfortunately, it’s all fun and games until the Skizm admins decide to get involved. Rather than just ban Miles from their page, they instead decide to up the stakes. They take Miles, bolt a couple of Glocks to his hands, and then set Nix after him. Played by Samara Weaving, Nix is a hardened killer who is dealing with the trauma of her childhood. She’s also after Miles because Skizm promised to wipe her criminally-insane slate clean if she kills him.

What follows is a bizarrely hilarious trip as the completely unprepared Miles has to outwit and, hopefully, recruit Nix to help him not just stop Skizm but also save Miles’s ex-girlfriend who was taken by Skizm in an effort to force the hapless man to fight.

Is this a great film? Hardly. But, it happens to be dumb fun, even if you’re not a gun person.

If you are a gun person, well…it’s Hollywood.

Miles is equipped with a couple of Glocks, but the magazines are…interesting. Each carries 50 rounds–giving Miles a total of 100–but they aren’t straight down magazines. Instead, they appear to contour to the arm a bit, allowing Miles to stash his guns in the pockets of his robe. Also, each gun has a counter that tells him exactly how many rounds he has. While this is a thing, these are a bit different than what you might find.

Leaving aside that, the ridiculous action sequences are over-the-top fun, but turn your brain off. About the only thing that makes sense is Miles, having apparently never shot a gun before, being completely unable to hit a target on purpose. It’s not until Nix, feeling sorry for Miles, gives him a few pointers that he stops completely sucking.

All of that goes out the window later when Miles becomes a veritable John Wick in a crucial moment.

Still, it’s a fun way to kill an hour and a half or so, especially since you and your spouse or friends can watch it for just a few bucks. This is one I wouldn’t tell you to go to the theaters to see, but since most of you can’t away, it’s worth checking out. Just don’t expect the next Die Hard or anything.