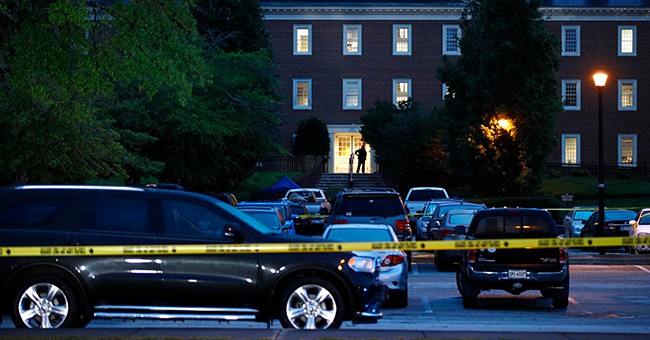 We need gun control, we’re told, because without it mass shooters will continue to get firearms. They’ll get guns, and then they’ll unleash hell on unsuspecting people going about their day.

However, when you look at many of the proposals, there’s little evidence they would do much of anything except make life difficult for law-abiding citizens.

Over at National Review, Jim Geraghty took a look at the Virginia Beach shooting.

It should be noted that Virginia Beach has been lost in the discussion of mass shootings, unlike El Paso, Dayton, and Parkland. It’s almost disappeared from the discussion entirely unless you’re in Virginia, where it was used to justify a special session for gun control. Even there, the events that followed have overshadowed the shooting.

But why is that?

But there’s still that little detail that nothing Virginia Democrats are proposing would have changed what happened in Virginia Beach if it had been law.

Even if all of the Democrats’ desired laws had been in effect for the past few decades in Virginia, none of them would have prevented or even mitigated the actions of the Virginia Beach shooter.

Geraghty reports that coworkers saw no “red flag” behavior from the killer prior to his rampage. None.

And that’s not overly surprising. While we have stopped a lot of shootings due to comments the would-be killers have made, there are always going to be some who will keep quiet about their plans. They don’t want to tip their hand, especially since death threats are illegal all on their own.

None of these proposals would have stopped Virginia Beach.

However, it should also be noted that it’s never about that. These are things Governor Ralph Northam wanted from the start. These proposals parrot the talking points from numerous other anti-gunners. Northam wasn’t looking to close any loopholes in the law that permitted Virginia Beach to happen. It was a pretext for him and nothing else.

It was always about his anti-gun agenda. Anti-gunners like Northam don’t care to look at shootings and to see what actually transpired. It’s like Dick Blumenthal using Santa Clarita to try to justify universal background checks even though California already has them. They don’t care if such measures are relevant to the event in question. They just want to push their agenda and will use the bodies of the slain as a soapbox from which to rail against our rights.