If Democratic Congresswoman Shiela Jackson Lee gets her way, not only will there be a seven-day waiting list for semi-automatic guns, but also on magazines and suppressors. That’s thanks to her “Gun Safety: Not Sorry Act of 2017” bill, currently simply known as H.R. 4268.

Introduced by Texas Democrat Sheila Jackson Lee, H.R. 4268 would mandate that both licensed dealers and individuals wait seven days after buying targeted guns, ammunition and accessories before transferring the item. The Houston-area Congresswoman debuted the bill two days after the shooting at the First Baptist Church in Sutherland Springs, Texas that claimed the lives of over 20 people.

“We cannot afford another angry person in possession of military-style weapons, nor can we bear the consequences of another person consumed by hatred wielding firepower intended to inflict maximum carnage,” Jackson Lee said in a statement. “The blood that has been shed in America runs deep with too many lives lost and too many families shattered.”

The proposed measure, dubbed the Gun Safety: Not Sorry Act of 2017, revisits the concept of a national waiting period on firearms, which has not been seen in the country in two decades. The original Brady Act, adopted in 1993, contained the provision for a five-day waiting period on handguns though it was replaced after 1998 with an instant computerized background check system and a three-day “default to proceed” guideline on delayed checks.

In other words, Lee is trotting out tired old cliches from the gun grabbing left in yet another attempt by the left to capitalize on the horrors of Las Vegas and Sutherland Spring.

In this case, however, we have several states that have “cooling off” periods in place. The net effect of those laws?

However, proponents on both sides of the issue argue about the effectiveness of waiting or “cooling off” periods with assorted studies alternating between finding they have no statistical effects on gun crimes to others that find they correlate to a decrease in gun homicides and suicides. Courts have likewise had mixed rulings on their use.

In other words, they’re hardly the effective tool people like Lee thinks. If they were, the data would be clear as day. It’s not.

It’s not hard to understand why, either. After all, few people are doing to get into a homicidal rage, then head to the gun store, buy a gun for a few hundred dollars, then head wherever it is they need to go to commit the crime. It just doesn’t make any sense.

If they’re angry enough to murder, they’re much more likely to grab something close at hand like a kitchen knife or a blunt object.

Yet Lee appears to reference killers like Las Vegas and Sutherland Springs with her comments about angry people “in possession of military-style weapons.” Unfortunately, this is where her proposal falls completely flat.

Neither of those killers appears to have gone and purchased a firearm for the explicit purposes of committing these horrific crimes. They already had these guns. Both attacks appear to be well planned as well.

In other words, Lee’s bill wouldn’t have been so much as a speedbump for either killer.

Of course, Lee’s bill appears to operate under the assumption that the SAFE Act will pass eventually, and I think she’s right.

If she knows that, though, then she knows this bill has less of a chance than a scoop of ice cream does on an August day in Georgia. 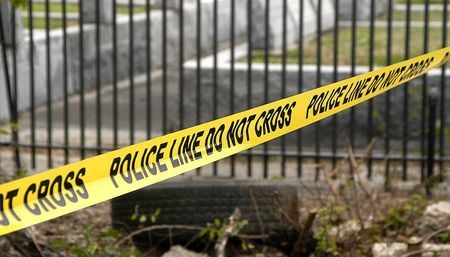 Oh, So That’s Why McConnell’s PAC Pulled Out of Arizona
Townhall
This interview with a non-binary student in Virginia will (allegedly) change your mind about Glenn Youngkin
Twitchy
DeSantis Delivers the Perfect Response to Biden's Pettiness Over Hurricane Call
Redstate
The Morning Briefing: DeSantis Looks More Presidential Than Biden in Lead-Up to Hurricane
PJ Media