Gun Sales Dropping According To NICS Checks, But Still High 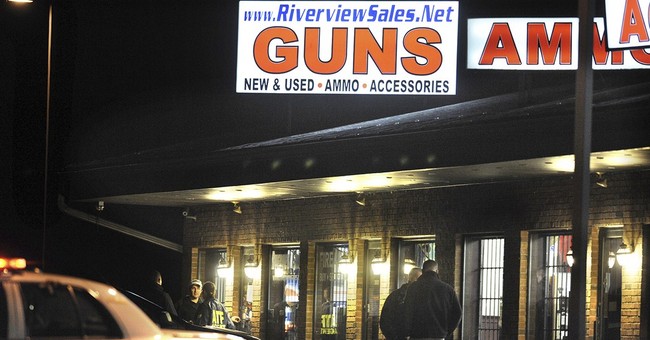 NICS checks are the generally approved proxy for determining how well gun sales are going. It’s not perfect, but it’s about as close as we can get without asking each gun store exactly what they sold each month. I think we can all see how much of a pain in the posterior that would become.

For months, NICS checks have been at record levels. That’s not surprising considering the full court press the anti-gun zealots have been running against the Second Amendment. Whenever people feel the right to keep and bear arms is at risk, they flock out to buy guns before it’s too late.

So, in a way, a drop in NICS checks could be good news. Let’s hope so because that’s what happened in June.

This might come as a surprise to many firearm enthusiasts, but this last June was one of the highest on record for gun sales. The 3rd highest in fact. What may not come as a surprise to many of you is that in whole firearm sales are dropping. Some important questions to ask may be: How much are gun sales dropping? At what rate? And what are firearm manufacturers doing to combat this?

American Outdoor Brands has experienced their fair share of sales woes this year as one example. We reported on Citibank limiting gun sales back in March. Unions have sued Colt, Freedom Munitions has filed for bankruptcy protection, Ruger laid off 50 employees this year and Dick’s Sporting Goods enjoys making up their own laws in their free time.

If you have not noticed, it has been a crazy and tumultuous year in the firearms industry and we are only halfway through. To give a better perspective as to where the industry may currently be at we can take a look at some of the National Instant Criminal Background Check System (NICS) check statistics because we all know the numbers never lie… or do they?

Still, it is the 3rd highest June, as adjusted by NSSF, since the NICS system was put into place nearly 20 years ago.

In other words, they’re still high, so gun manufacturers might not need to panic or anything.

On the plus side, the drop still represents a possible settling of the nerves of gun buyers. They’re not panic-buying guns, which is bad news for gun manufacturers who have been struggling for the last couple of years. However, even the last few months of sky-high NICS checks weren’t indicative of people flocking to stores to buy new firearms, so it’s unlikely another record month would have changed that.

Is this good news or bad news?

Time will tell, but I think that it’s probably a bit of both.

In Final Weeks of Virginia's Gubernatorial Race, It's Clear Where Momentum Is
Townhall
Chaos expected in DC on Monday after Metro announces that 60% of the fleet will be out of service
Twitchy
MSNBC Host Pounces, as NBC's Chuck Todd Dares to Tell the Truth About Biden
Redstate
The Biden Administration's Bad Luck
PJ Media