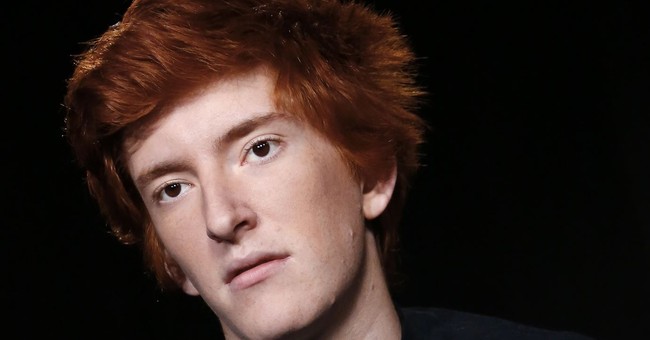 When you’re involved in any kind of debate, it helps to try and understand the other side. You can understand their arguments well enough to address the underlying assumptions behind them.

However, that’s a nuanced understanding of debate that’s lost on many folks. This is especially true of younger people who are still fairly new to the idea of debating the issues.

It’s especially true when we’re talking about the Parkland Kids who decide to reframe everything we argue as something else entirely.

“That argument is not saying, ‘We need to stay safe. We need to stay protected. We need to save our lives.’ It’s saying, ‘Let’s add more guns to the situation.,” Ryan Deitsch responded. When someone in the crowd booed Ryan’s answer, Kyrah Simon glared down the heckler and grabbed the microphone.

“That argument honestly shows that someone has a far greater attachment to a gun than a human life,” she said with conviction as the crowd jumped to its feet and shook the room with applause.

So much dumb in just two paragraphs.

The reason that statement was booed is that it was idiotic.

“Let’s add more guns to the situation” is only a problem if guns aren’t in the right hands. You can give a law-abiding citizen one of everything in the military’s arsenal and you’ll never have a problem with them. You give the criminal a rock and they can find a way to hurt someone if they want to.

Deitsch’s comment explicitly argues that good guys with guns are a problem. As a good guy with a gun, I take offense to that. Every law-abiding gun owner should. He’s claiming we’re no different than the criminals and maniacs that misuse guns on a daily basis. How is that not offensive.

“That argument honestly shows that someone has a far greater attachment to a gun than a human life,” she said with conviction as the crowd jumped to its feet and shook the room with applause.

You’re a child, someone who has yet to deal with life, but that doesn’t excuse you for assuming that I have more of an attachment to my gun than my children or my wife.

If you could prove to me beyond the shadow of a doubt that giving up my guns would make sure my family stayed safe, I’d do it in a heartbeat. But you can’t. You can’t because reality exists beyond your naive, Utopian bubble where criminals seem to only be willing to follow gun laws. Bad people will keep getting guns and your efforts will make it impossible for me to protect my family.

I want teachers armed because I understand that when they defend their own life against a mass shooter, they’re also defending my children’s lives as well. I want more good guys armed because even if they don’t care about my wife on a personal level, them taking out the maniac in the mall may mean my wife gets to come home to me.

The idea that you think you understand us, understand why we carry and why we advocate more armed citizens shows everyone just why you should be ignored.

You think you know us? You don’t. You know the strawman versions of us you built up in your head, where we’re all a bunch of Rambo-wannabes just looking for an excuse.

It’s not your age that’s the issue, it’s your arrogance. You think you understand things that, frankly, you don’t.

It’s also why, contrary to what the media wants to make it look like you’re losing. The momentum is gone and you’re preaching to the choir. You can’t convince anyone of anything because comments like this look like a score, but the folks in the middle–the people you need to sway–know better. They know people like me who carry to protect their families and friends. They know just how full of it you are in that very instance.

But hey, go right ahead ignoring this. You’re only helping our side out in the long run, so keep it going. You do you.