The New Battlefront In The Gun War: Corporations 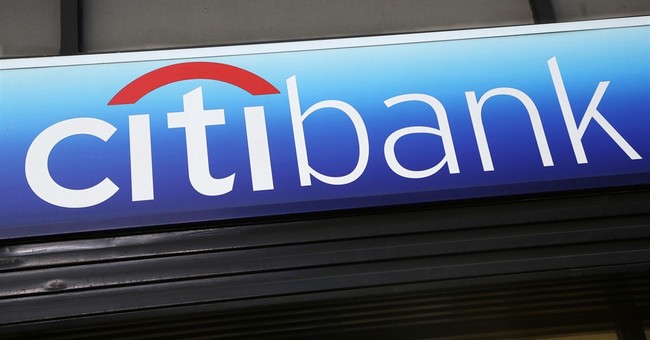 Major companies are coming out as anti-gun. We’ve noted several. Most recently, digital service provider Shopify. Others include Citibank and Bank of America as well as tech giants like Facebook and Google (via YouTube) and even more.

Over at National Review, they describe it pretty well. They call it the new battlefront in the gun war.

But another threat looms, one that can stretch across the entire American landscape, is immune to the filibuster, and is largely sheltered from judicial review. It’s a threat that can choke off financing for the gun industry, stifle speech about guns, and lock the gun-rights community into offline (and small online) ghettos that restrict their ability to communicate.

So, what’s happening? Titans of American banking and communication are taking steps to restrict the use of their funds or platforms by gun makers, gun-rights advocates, and others. The threat is just now emerging, but it may be as great a danger to gun rights as it is to the culture of free speech in this nation, and indeed the two are linked.

Let’s keep in mind that these actions represent not the culmination of a gun-control campaign but the front edge of a wave of corporate censorship and suppression. As I’ve written before, in an age of online outrage, you can find angry mobs on both sides of virtually any issue, so in almost every case it’s the internal mob that matters. Tech executives at giant multinational companies care more about the opinions of their peers and colleagues than they care about any given Twitter trend or news cycle. When companies reach a certain size, the ability of angry conservatives to affect the market is limited. After all, Facebook’s main competitor is arguably Instagram, and Facebook owns Instagram.

Earlier today I spoke at length to the Washington Free Beacon’s Stephen Gutowski, perhaps the Internet’s best one-stop journalistic shop not just for technical expertise on firearms but also for national trends in gun control. He’s been diligently covering the recent trend of increasing corporate restrictions. He noted that the corporate actions have been “more aggressive than what we’ve seen with Alex Jones,” with a fraction of the attention.

Writer David French advises young conservatives to seek out careers in tech to potentially stop this horrible leftward lean, which is probably a good idea. But it’s not enough.

You see, I seriously doubt that all of these companies are anti-gun. At best, there are some key anti-gunners with a whole lot of people who are fairly ambivalent on the subject. A fair number of these tech companies may well be responding to what they think are societal pressures, pressures that are more myth than reality but promoted by a biased media looking to undermine our Second Amendment rights.

More and more, we need to make ourselves known. Yes, I agree with French. Pro-gun young folks would do well to seek a career in the tech industry. Over time, one can either take over existing companies through sheer awesomeness or use it as a springboard to start alternatives. Unfortunately, it’s an uphill battle for right-leaning programmers in Silicon Valley, but the same can be said of journalism, yet we still have Fox News and One America News Network.

More troubling, however, is the fact that this battleground is one where the rules are very different. We can’t lobby our elected representatives and have Citigroup change its policies. We don’t get to elect board members.

And maybe that’s the problem.

If pro-gun investors got together and began investing heavily in these companies, they could eventually take them over. By doing so, you can change the corporate structure and culture to being one that respects the rights of ordinary Americans and entrepreneurs who already have a rough enough time without the financial industry trying to destroy them.

I don’t have a lot of money to invest. Most of us don’t, I’m sure, and it’s tempting to just invest in companies you agree with. It feels better, to be sure.

However, it’s not going to change those companies. Not really. You can sell your stock and pretend you made a stance, but if you sell your stock, someone else is buying it. The company feels a little bit of a pinch, but only in the short term.

If enough of us band together, though, we can change this battlefield one company at a time. If we do that, then we get to set the rules. Don’t respect companies’ rights or the rights of law-abiding citizens? We don’t allow our bank to do business with you. Plain and simple.

Frankly, this is a complex front we’re looking at, and I don’t think we’re going to get an easy, quick solution to fixing it, so it’s best we take multiple strategies.