Contrary To What Some Say, U.S. Doesn't Lead World In Mass Shootings 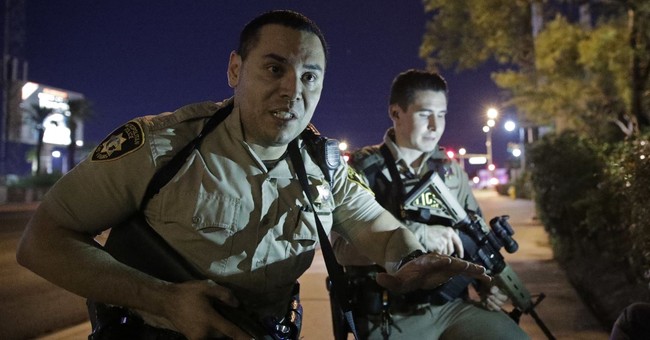 Anti-gun activists love to claim that the United States leads the world in mass shootings. For most Americans, a single study is all they needed to believe that. After all, as Americans, we tend to think the world revolves around us to some degree. Not individually, but as a nation, it seems we tend not to pay that much attention to the rest of the world. So, we hear about mass shootings here and not much of anywhere else.

But that doesn’t mean they don’t happen there.

“There’s a study!” anti-gunners will claim.

Sure. But it’s a pile of bovine excrement.

Lankford’s study reported that over the 47 years there were 90 public mass shooters in the United States and 202 in the rest of world. Lankford hasn’t released his list of shootings or even the number of cases by country or year. We and others, both in academia and the media, have asked Lankford for his list, only to be declined. He has also declined to provide lists of the news sources and languages he used to compile his list of cases.

These omissions are important because Lankford’s entire conclusion would fall apart if he undercounted foreign cases due to lack of news coverage and language barriers.

Lankford cites a 2012 New York Police Department report which he claims is “nearly comprehensive in its coverage of recent decades.” He also says he supplemented the data and followed “the same data collection methodology employed by the NYPD.” But the NYPD report warns that its own researchers “limited [their] Internet searches to English-language sites, creating a strong sampling bias against international incidents,” and thus under-count foreign mass shootings.

Does Lankford’s paper also have that problem?

Yes, it does. Additionally, the fact that Lankford won’t release his list of mass shootings seems to indicate that he knows his study is crap but doesn’t want anyone to figure it out.

When John Lott delved into the data themselves, they could only look at about a third of the time period but found 15 times as many shooters as Lankford did. It seems that Lankford’s study was seriously undercounting mass shootings. If one were to assume that the same multiples were found in the two-thirds Lott and company were unable to examine, that’s a whole lot of shootings Lankford never bothered with.

When Lankford’s data is revised, the relationship between gun ownership rates and mass public shooters disappears.

How could that be? One possibility is that guns don’t just enable mass shooters; gun owners can also deter and prevent such shootings. Another is that culture — not gun ownership — is a bigger factor in shootings.

Frankly, I think both possibilities are correct, but that’s just me.

It’s unlikely that this study will get a whole lot of play. It goes against the anti-gun narrative to such a profound degree that it’s guaranteed to cause some serious cognitive dissonance. Anti-gunners will reject it outright, not because of bad methodology or anything, but simply because they don’t like the outcome. They prefer the poorer study that confirms their beliefs. Confirmation bias to an extreme.

But the truth is, we’re not some mass murder mecca. This great country is one with a whole lot of people, a free press that talks about all of this stuff ad nauseum, and a large global footprint that can drown out what’s going on elsewhere. That’s why it seems like Lankford’s study made sense. It’s because, as Americans, we tend to think about things in such a way that we forget there’s a whole other world out there that doesn’t do things as we do.

A Transgender 'Mother' Who Has Two Transgender Kids, Advocates For This State to Become a 'Trans Refuge'
Townhall
Jerome Adams' attempted swipe at DeSantis over 'health decisions' BACKFIRES in a most spectacular way
Twitchy
There Are Big Problems With Biden Team's Evolving Story About Prior Chinese Balloons
Redstate
Biden's Story About the Spy Balloon Doesn't Add Up; Here's What Most Likely Happened
PJ Media