The Trace Shocked To Learn Media Focuses On Killers, Not Victims 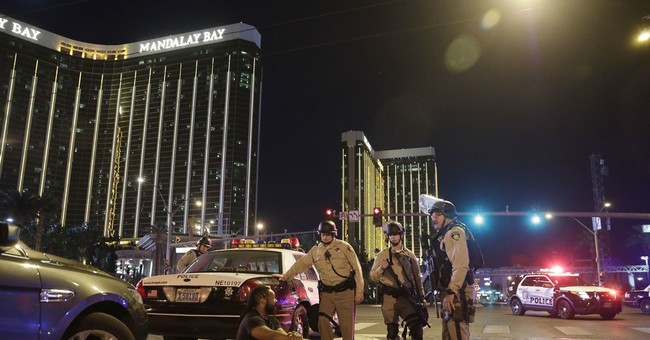 One of the potential driving factors in mass shootings may well be the desire to achieve fame. Killers find that racking up a high body count is a great way to achieve notoriety. After all, if you want your own Wikipedia entry, killing dozens of people is one way to get there.

But the anti-gun “news” site The Trace is shocked to find that the media spends inordinately more time focused on the killers than the victims of mass shootings.

When American newspapers cover school shootings, they run more photos of the perpetrators than the victims, a recent study published in the American Behavioral Scientist suggests.

Photos of perpetrators outnumber photos of each deceased victim by a ratio of 16 to 1, on average, according to an analysis of newspapers’ coverage of three school shootings in 2007, 2012 and 2015. Another key finding: Editors also are more likely to run larger images of the killers.

The study’s author, Nicole Smith Dahmen, an associate professor at the University of Oregon’s School of Journalism and Communication, examined 4,934 front-page photos from nine days of coverage following the shootings. She looked at the images that ran after the Virginia Tech shooting in 2007, which claimed the lives of 33 people; the Sandy Hook Elementary shooting in 2012, which left 27 people dead; and the Umpqua Community College shooting in 2015, during which 10 people were killed. These numbers include the gunmen, all of whom committed suicide at the scene of the attacks.

Dahmen told Journalist’s Resource that it’s important to look at how the news media reports on mass murder, considering that a growing body of research indicates news coverage contributes to copycat shootings. A 2016 study by criminologist Adam Lankford found that fame-seeking as a motive for rampage shooting dates back decades.

Dahmen said giving so much attention to the shooters is dangerous.

Now, let me be clear. I actually understand why journalists do this.

While there’s some desire to get to understand the victims, what most questions revolve around is just why the killer did what he did. The media will focus on this because that’s what people want to know.

But that doesn’t change the fact that there is a strong desire expressed by some of these killers to achieve fame and that we’re giving it to them.

If you’re a regular reader of Bearing Arms, then you know that we try to avoid using the names of killers. I even redact it from block quotes because I don’t want to contribute to the fame that many of these jackwagons desire. Unfortunately, we’re in the minority. Most other places use the names freely enough, which makes our efforts little more than spitting in the wind.

But, we’ll continue to do it.

The Trace, to its credit, is at least acknowledging that there is a problem here that has nothing to do with guns. For an avowed anti-gun media entity to do that is surprising, and I applaud The Trace for it. I’m sure it won’t stop it from also trying to disarm average Americans, but at least it’s admitting the roots of violence in this country aren’t the result of nothing but the ability of evil people to get guns somehow.

Unfortunately, I see no reason this report should change anything with either The Trace‘s reporting in the future or anything else from anti-gun propagandists. It’s a shame because it’s so close to making real progress in combatting mass shootings.