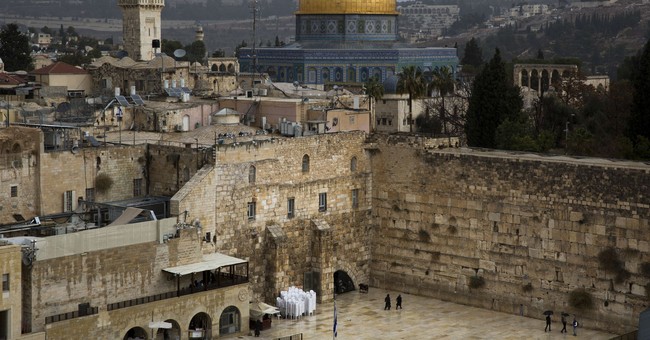 There’s a mindset that comes into play during a violent confrontation. Not everyone has it, but if you do, it means that you can prevail no matter what. It’s this inability to accept surrender in the face of unspeakable evil, an idea that even though you might go down, so will they. That ferocity is something that evil people usually don’t count on and it changes the equation of a violent encounter.

Take an incident recently in Israel.

Ari, as he was aptly named, fought terrorism to his last breath.

On September 16, 2018, while outside of an Israeli shopping mall, Ari Fuld was attacked by a Palestinian terrorist who ambushed him from behind and stabbed him four times in the back. “A lowly terrorist came up behind him, and in a cowardly way stabbed him,” Lior Shurka, a friend of the victim, described to TPS news agency.

Ari fought back. With gaping stab wounds in his back, he ran after the fleeing terrorist and shot him, effectively “neutralizing” the attacker, according to Israeli police. Another armed civilian assisted Ari and also shot the terrorist.

The name Ari translates to “lion” in Hebrew, “eagle” in Old Norse, and “brave” in Armenian. It is a name fit for a hero. Ari Fuld lived up to his name. Ari’s heroic actions stopped the terrorist from hurting anyone else.

Ari passed away from his wounds, but not before he put down the threat before the terrorist dirtbag could hurt anyone else. Ever.

He sent the terrorist to his 72 virgins despite being so grievously wounded. He refused to surrender, and if he were that badly wounded, no one would have thought ill of him if he had. He was dying, after all.

But Fuld didn’t. He drew his weapon and went to work, putting down the terrorist scum.

Look, I get that this wasn’t some armed robbery gone awry. This was something very different, a terrorist looking to kill as many people as he could in the name of his religion. What Ari Fuld encountered isn’t something most of us will experience.

Yet that doesn’t mean that the lesson doesn’t stand. Terrorism, mass shootings, serial killers, or just jacked up thugs wanting to pretend The Purge was a documentary, all of these things are potentialities in this country, and bad people need to be stopped. Sometimes, even if you’re horribly wounded, you may be the only wall between evil and your loved ones.

Now, not everyone can do what Ari Fuld did, for a number of reasons. But Fuld did it, and who knows how many lives he saved in the process.

I’ll be honest, if I were in his boat, I don’t know that I could do what he did, but I sure do hope I could.

One thing for all of us to keep in mind is that being wounded doesn’t mean we’re out of the fight. If our loved ones are threatened, or even other people who we don’t know in the least, sometimes we’ll need to push through the pain and take care of business.