Despite Post-Shooting Rhetoric, Little Has Changed 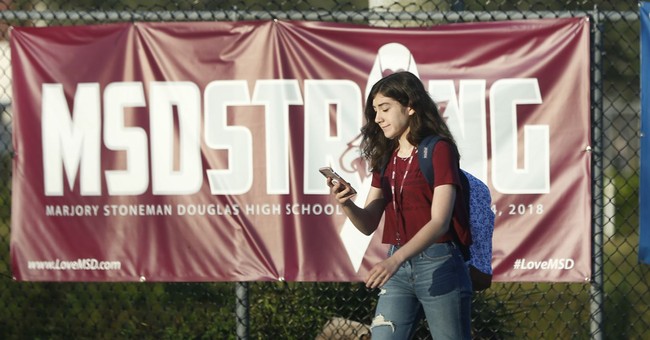 It’s been quite a year over the last 12 months.

I don’t even need to say what happened in Vegas–and no, this isn’t a lame “what happens in Vegas, stays in Vegas” joke. We all know damn good and well what happened on October 1, 2017, in Las Vegas.

That was followed up by Sutherland Springs, then Parkland. It seemed we were being hammered with mass shootings–a feeling that hasn’t exactly gone away–and we were also being hammered with demands that we curtail the rights of law-abiding citizens in a misguided and ill-informed effort to stop these attacks.

Yet despite public attention waning, little has happened.

An Associated Press review of all firearms-related legislation passed this year, encompassing the first full state legislative sessions since the Las Vegas attack, shows a decidedly mixed record. Gun control bills did pass in a number of states, but the year was not the national game-changer that gun-control advocates had hoped it could be.

Even in a year that included yet another mass school shooting and an unprecedented level of gun-control activism, state legislatures across the country fell back to largely predictable and partisan patterns.

The Parkland shooting did slow momentum for additional gun rights bills in some Republican-led states, but others pushed forward with a pro-gun policy agenda. They widened the definition of who can legally carry a weapon in public, allowed more concealed weapons in schools, churches and government buildings, and strengthened legal protections for people who claim they shot someone in self-defense.

In Tennessee, county commissioners were granted the ability to carry concealed handguns in their workplaces. Oklahoma approved a bill allowing permit holders to carry handguns while scouting. Nebraska lawmakers enacted a long-sought bill shielding all documents related to gun permits from the state’s open records law.

In South Carolina, where a state senator was killed in the 2015 church shooting in Charleston, lawmakers rejected a simple bill requiring court clerks to enter convictions and restraining orders in a timely fashion to strip gun rights from people who have been disqualified from possessing firearms.

In other words, despite the best efforts of the anti-gunners, almost nothing happened. A handful of states reacted, including Florida and Vermont. For most of the country, though, the only real change were debates on Facebook and Twitter.

This is predictable, though. It happens every single time. A shooting happens, public support for gun control goes up, then nothing much changes.

The reasons for that, however, are simple.

You see, people react based on emotion, but calm themselves over time and begin to think rationally. In the immediate wake of a tragedy like Parkland, people are ready to do something. Then, as emotions settle, they recognize that gun control wouldn’t have had the impact the gun grabbers claim it would, and things settle down.

Additionally, while many of these vocal activists have been touched by violence themselves, people like the Parkland kids, most haven’t. That distance makes it easier for the emotion-driven demands to make way for a more reasonable approach.

Even those who still support gun control find their attention being drawn to plenty of other things which they may feel are more important.

That’s why we need to dig in and weather the storm when something like this happens. It’s also why it’s vital to push lawmakers to expand gun rights at every opportunity. By taking back ground that rightfully belongs to us, the stakes of losing a bit of ground become less. We can’t just expect no laws to be passed after a string of mass shootings. But if we’ve already taken terrain, we can still come out ahead.