Norfolk Police Chief Wonders How Kids Are Getting Guns 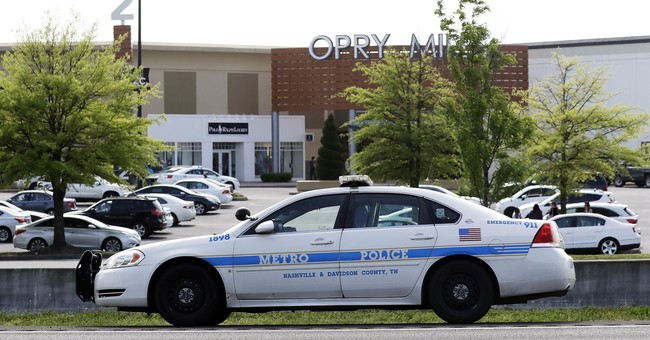 My old stomping grounds of Norfolk, Va. is having a bit of a problem. It’s being described as an epidemic, really.

Kids are getting hold of guns.

“That made me say, ‘wow, how in the hell are these kids getting these guns,’” Chief Larry Boone exclaimed when he sat down with 13News Now.

Headlines revealing the trend have splashed across the screen this year. They include stories about a 14-year-old charged with shooting two 16-year-olds, a 15-year-old shot to death, and a 17-year-old shot a store clerk in an attempted robbery.

Norfolk Police Chief Larry Boone said this issue is not about gun control; it’s about stopping kids from being able to get guns.

The NPD has studied the issue, of course, but I could have already told him the answer to his question.

No. They’re finding some dirtball on the street, handing him a wad of cash–how they got the money is the topic for another discussion at another time–and they walk away with a firearm. This is how pretty much everyone else who is barred from buying a firearm but wants to get one anyway does it.

Either that or they get a friend who is of age to go into a gun store and buy it for them. Straw buys like this are the alternative to the guy on the street corner selling Glocks out of his trunk. Again, this is a method many criminals use to secure firearms for themselves.

I’m glad Chief Boone said it wasn’t about gun control, because, well, it wouldn’t work anyway. We’ve debated countless gun control laws and initiatives, all designed to keep guns out of criminal hands. By extension, any successful measures would also keep them out of kids’ hands. However, something we’ve noticed is that they never work.

These kids are getting guns through means that aren’t legal to start with. They circumvent all the roadblocks put in place by gun control proponents. As a result, it’s safe to say even more rules won’t create an impact.

A far better use of time and resources would be to study why these kids turn to crime. Keep in mind that all of the instances used to illustrate the problem involve kids committing crimes with firearms. If you figure out why they embraced crime and then work to counter that, you will accomplish far more than trying to stop the flow of guns to young people.

Don’t get me wrong, I’m not cool with people selling guns to teenage thugs. I’m just realistic enough to know what’s going to happen no matter what.

Instead, I think we should make it so that those jackwagons don’t have any customers because they’re too busy doing other stuff.