Boston Cop Files Suit Against Site He Blames For Being Shot 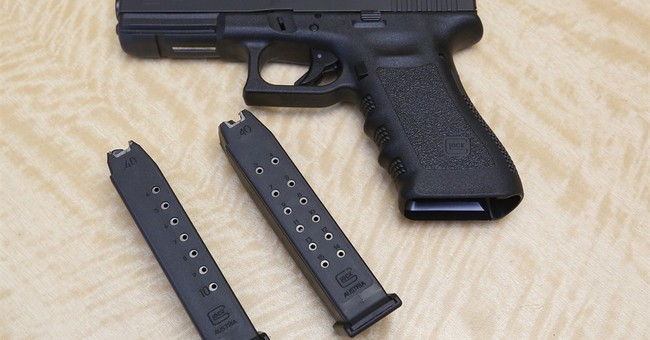 The firearm industry is an unusual place. After all, if a car is used to run over someone, even if it’s an intentional act, no one thinks to sue Toyota or the dealership that sold the car. The idea of doing so is ridiculous.

But with guns, it happens. In fact, it happens despite federal law protecting companies that sell firearms.

One of the latest examples is a police officer in Boston who is suing Armslist for supposedly being responsible for him being shot.

A Boston police officer is suing the online firearms marketplace where the gun used to shoot him was purchased.

In a lawsuit filed Thursday in Suffolk Superior Court, Officer Kurt Stokinger alleges that Armslist.com is a “haven” for illegal gun trafficking with “essentially no rules.” The lawsuit (PDF) details how a New Hampshire woman used the site to buy dozens of guns, including a Glock that she later sold to Grant Headley, a convicted felon who allegedly used the weapon to shoot Stokinger in the leg in 2016.

The lawsuit points out that websites such as eBay, Amazon and Craigslist have long prohibited sales of firearms on their platforms, citing problems with verifying whether buyers were qualified.

Jonathan Lowy, an attorney at the Brady Center to Prevent Gun Violence,  an advocacy group for gun control representing Stokinger, said the nine-year veteran of the Boston police force almost lost his life because to someone who shouldn’t have been able to obtain the weapon used in the shooting.

Actually, Armslist sales have to follow the same rules as any other sale. Unless the sale can be conducted face-to-face, it has to go through an FFL holder who conducts a background check.

Sites like eBay, Amazon, and Craigslist have chosen to prohibit sales of firearms, but it’s not up to them to verify people who are legally allowed to buy or sell a gun, much like how it’s not up to a newspaper that sells a classified ad to check out potential buyers. Those sites have cut off guns because of a desire to virtue signal more than anything else.

Besides, it sounds like Armslist isn’t the one who ultimately sold the gun to the bad guy.

Despite the bulk of the complaint being focused on Armslist, they fail to note one very important thing. Sara Johnson, the individual who sold the gun to Headley, was the one who was ultimately responsible for arming a convicted felon. She was apparently engaged in gun running, and while she did use Armslist to facilitate some contacts, the lawsuit notes that most firearms were sold to her with serial numbers intact, which indicates the seller believed they were engaged in a lawful transaction.

In other words, the only one responsible for arming Headley is Johnson.

Do people use Armslist for nefarious purposes? Probably. Kind of like how they use eBay and Craigslist to dispose of stolen property or how Amazon is used for money laundering. In other words, lots of people use websites for illegal purchases, but why is Armslist being singled out?

Oh, because the Brady Bunch wants to hurt anyone and everyone involved with guns. That’s what this is all really about. They’ve just roped in this wounded police officer to help them do just that.