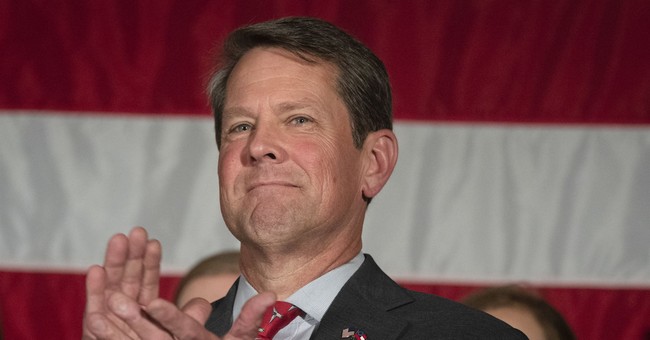 I try not to spend too much time talking about the Georgia governor’s race because, well, unless you’re in Georgia, you probably don’t care too much. Sure, you may not want to see any pro-gun state fall to the forces of gun control, but it’s not something you want to devote too much time to.

However, there also times where things happen, and they need to be pointed out. For example, a group of students has apparently penned an open letter to candidate Brian Kemp. The issue? That Kemp isn’t rolling over for the demands of high school and college students.

The letter, addressed to Kemp, points to Kemp’s “coziness” with the gun lobby and condemns “his opposition to common sense gun safety legislation.” The letter was sent by Royce Mann but did not disclose a group sending the press release collectively.

“It has been almost seven months since over 70,000 young people and our supporters gathered near the Capitol to take a stand against gun violence and to demand safety in our schools,” the letter begins. “We hoped you would hear our cries then, but you did not.”

The letter continues on:

“You were endorsed by the NRA, a special interest group that consistently promotes dangerous policies that put the lives of Georgians at risk. In fact, just this week, the NRA dumped millions of dollars into television ads to help your campaign. You continue to show your willingness to make backroom deals with the gun lobby while ignoring the pleas of those who are directly affected by these policies. You also continue to show a complete lack of empathy for those impacted by gun violence.”

The letter is signed by about 25 people, at least some of whom are knee-deep in Democratic politics in the state for their age group, including the director for the High School Democrats of Georgia and the chairman for the College Democrats of Georgia.

What these special snowflakes aren’t comprehending, though, is that Kemp may well have heard them loud and clear. He just disagrees with them. The problem with gun grabbers is that they’re so convinced of their moral superiority that they believe the only reason people don’t side with them is either ignorance or evil. They can’t understand that people can look at the issues for themselves and think, “Nope. Gun control is stupid.”

That Capitol protest was born out of the Parkland massacre, a slaughter that was the direct result of numerous failures by the local government, including the Democratic sheriff. Had anyone along the way done their job correctly, that killer wouldn’t have had a firearm in the first place under existing law. We don’t need more laws. We need bleeding-heart politicians to do their freaking jobs.

The truth is, while these kids argue that they’re the ones directly affected by Kemp’s policies, as a gun owner, I’m directly affected by those gun policies in a far more meaningful and direct way, and I support Kemp’s pro-gun stance. I want more guns out there. I want animals looking to commit mass shootings gun downed the instant they try their crap. That will save countless lives and end this rash of violence.

But it’s not like gun grabbing zealots can comprehend that.