Kroger Shooting Turns Out As Another Gun Control Failure 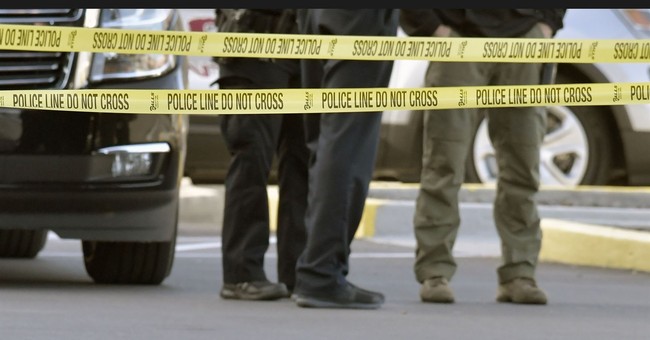 A shooting earlier this week at a Kroger in Kentucky undoubtedly spurred many gun control advocates to talk about the need for more “common sense gun reforms” to try and stop horrific events like that from happening. You can bet that if there’s a public shooting, someone is going to use it to justify gun control immediately afterward.

Unfortunately, it looks like the shooter may have been officially prohibited from owning a firearm under existing gun control laws.

Rogers said police were investigating whether Bush was legally permitted to carry firearms. But on several occasions, court records show, judges ordered Bush’s guns taken from him, and a domestic violence conviction in 2009 prevents him from legally owning a firearm.

In fact, Bush’s contact with the legal system stretches back to at least the 1990s and includes a string of criminal, traffic and domestic violence cases. Bush’s parents told police they were “terrified” of their son, whom they said assaulted and held them against their will.

At least twice, records show, Bush was hospitalized over concerns for his mental health, including once after a suicide attempt in 2000. His former wife later claimed he had been diagnosed as “paranoid” and given medication that he stopped taking.

In one instance in 2001, an ex-girlfriend took out an emergency protective order because she “feared for her life.” Bush’s father said his son carried a gun with him wherever he went and was “dangerous,” according to court records.

There’s no mention of whether the restraining order was still in effect, but the domestic violence conviction alone should have barred him from purchasing a firearm legally. Couple that with the mental health confinements, assuming they weren’t voluntary, and there’s no way he could legally obtain a firearm.

He did, and now people are dead despite gun control laws.

The problem with gun control laws is that they only benefit the law abiding. In this case, the killer appears to be a paranoid schizophrenic who thought people wanted him dead. He was probably going to find a way to get a gun regardless of what the law said. He was going to get one any way he could.

That’s the thing gun control zealots tend to forget in their mad rush to stop the unstoppable. Those inclined to commit evil acts will still commit evil acts. They won’t suddenly become loving, gentle members of society just because it’s difficult for them to get a gun. They’ll either find a way to get a gun or turn to a different weapon. You’re not going to stop them.

Instead, it’s better to focus on the causes of violence, so events like this become far more of an anomaly than they currently are. Even today, we’re not as violent as some think, but that doesn’t mean we can’t do better.

But “better” doesn’t mean infringing on the rights of people who did nothing wrong just because someone used a disfavored tool. That’s not how we fix the problem.