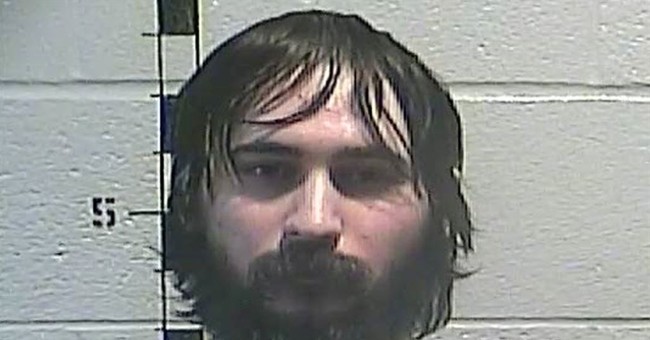 There’s something to be said with “going with your gut.” I don’t remember where I read it, but basically, the argument is that “gut feelings” are the result of your subconsciousness putting together pieces and warning you of danger that your conscious mind hasn’t figured out yet. In other words, if you think something’s up, it just might be.

A New Jersey mother did that and allegedly stopped a mass shooting from taking place.

On Wednesday, Koeberle Bull of Lumberton, N.J., woke up to a racist message on Facebook from a man in Kentucky. “It was really vulgar — he called my kids the N-word and hoped terrible things for them,” Bull tells Yahoo Lifestyle.

The mom of three biracial children, ages 16, 11, and 8, was especially concerned about the man’s profile picture in which he showed off a gun, so, going on a “gut feeling,” she called her local police station and filed a report. “But I felt like it wouldn’t really go anywhere, so I posted a screenshot of the message on Facebook,” she says.

Couple that with the tendency for our opponents to claim we’re all racist, and it’s easy to think, “Great. Here we go again.”

However, that wasn’t quite what happened. The story continues:

The man had blocked Bull. However, her friends dug around for details about his identity, and Bull soon had enough information to share with the police in Lawrenceburg, Ky. “I spoke to Officer Josh Satterly, who told me, ‘There’s no room for this kind of hate in my world,” she says. “He took me seriously.”

Local and state police followed the mom’s tip, and on Thursday, officers drove to the home of a 20-year-old man named Dylan Jarrell, just as he was leaving his house with more than 200 rounds of ammunition, a bulletproof vest, a firearm, a 100-round high-capacity magazine, and a “detailed plan of attack.” He was headed toward two school districts in Anderson County and Shelby County, the Kentucky State Police said in a press conference Friday.

“There’s no doubt in my mind that as a result of this investigation, we saved lives,” Kentucky State Police Commissioner Rick Sanders said during the press conference. “This young man had it in his mind to go to schools and create havoc.

“He had the tools necessary, the intent necessary. And the only thing that stood between him and evil … is law enforcement,” he added.

When police searched Jarrell’s home, they found an internet search history on “How to conduct a school shooting” and a “credible and imminent threat to Shelby and Anderson County schools,” according to a press release. Police also revealed that in May, Jarrell had been questioned by the FBI regarding social media threats toward a Tennessee school.

In other words, this guy looks like he was legitimately planning on killing kids.

Now, that said, 200 rounds isn’t all that much ammunition. I tend to take more than that with me to the range, even when I don’t have a lot of time to spend there. It’s not an awful lot, especially if you’re considering mass slaughter.

At least this mother, by listening to her gut, stopped the attack. Was it anti-gun prejudice or something else at work? I don’t know, but in this case, her prejudice seems to have been warranted. I sincerely hope that there were more clues than just that, even if she doesn’t realize it.

South African Doctor Who Raised Alarm About Omicron Variant: 'Symptoms Were So Different And So Mild'
Townhall
Hot take: Republicans about to agree we need gun control after shooting in DC's Navy Yard district
Twitchy
This SNL Skit May Be the Funniest in a While, and Not for the Reason You Might Think
Redstate
Whose Land Did Native Americans Steal Before Europeans Stole It From Them?
PJ Media