Why An Anti-Gun Vet's Claims Send Up BS Flags 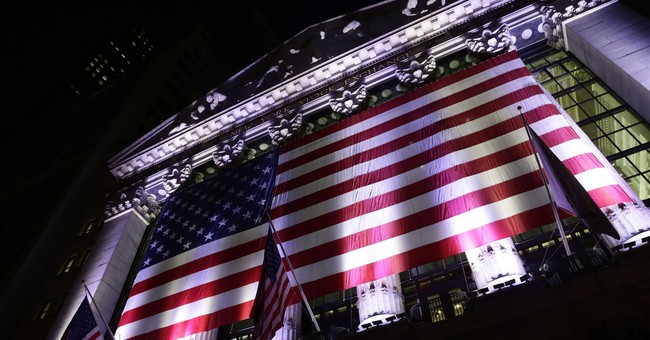 Anti-gun veterans are, unfortunately, a thing.

Now, everyone is entitled to their opinions and all that, but many of us veterans don’t like anti-gun veterans. After all, they present themselves like they’re speaking for all of us. Because these veterans support gun control, we all do or something. They never say it outright, mind you, but the implication is hiding beneath the surface.

However, there’s also a lot of bluster and outright fabrication in some of the so-called experiences these anti-gun vets spout.

Take, for example, one Jordan Wait in Washington state. Jordan is a former Marine who is now an anti-gun activist.

However, when he overstates his qualifications with firearms, he’s crossed a line.

Waits served in the 1st battalion twelfth Marines from 2010-2014. He was a motor vehicle operator, fire team leader, and a line non-commissioned officer.

“I’ve seen what happens when somebody that takes six rounds to the chest,” Waits said. “I’ve seen what someone looks like after they take one or two rounds from an AR-15. It’s not a joke.”

It’s this background he says that encouraged him to join the campaign.

“I’ve seen the incredible devastation that weapon can cause,” he said. “And I own several firearms myself. I’ve had thousands and thousands of hours of firearm training. And I firmly believe that that’s not something that we should hand to an 18-year-old without a background check and without training.”

Thousands and thousands of hours?

I first saw this article in a Facebook group filled with veterans. We immediately latched onto the fact that Waits is spreading a line of BS.

Now, none of us dispute that he served. In fact, admitting he was a motor vehicle operator during his time is a good reason to believe his service is legit anyway. No one steals valor and claims to have been a cook or a mechanic. They always claim to have done some cool-guy stuff, like Special Forces, SEALs, Marine Infantry, something other than POG (Person Other than Grunt, for those who are curious). The fact that Waits admits his job wasn’t on the sharp end of the sword is commendable.

But then we have the part I put in bold type, that he had “thousands and thousands” of hours of firearm training.

That’s a load of male bovine excrement if ever I’ve heard it.

Let’s do the math, for a moment.

If Waits is to get the benefit of the doubt, his “thousands” is the bare minimum to be pluralized, meaning just 2,000 hours of firearm training.

Now, assuming eight-hour training days, that means Waits spent 250 days of training on just using and understanding firearms. If you assume a five-day work week, which isn’t out of line for most military duty outside of a war zone, then he spent 50 weeks doing nothing but firearm training.

Of course, to be fair, it’s unlikely anyone would spend that much time in one single year training on firearms unless that was their exclusive specialty. Someone with an armory-based MOS might, but Waits was a vehicle operator. That means it’s far more likely that those 50 weeks would be broken up among his years in uniform.

Waits served from 2010 to 2014, a period of five years. That means he would have spent ten weeks per year doing nothing but firearm training.

Now, any veteran can tell you how little actual firearm training goes on in the military. While infantry and special ops get the lion’s share, even they don’t get a whole lot of trigger time considering what they do.

And bear in mind that he said firearms training. Not training where he was issued a gun, but actual weapons training. That’s an important distinction because just walking around with a weapon while you’re learning something else isn’t the same as detailed instruction on how to use a firearm.

In other words, it’s not enough that Waits is using his veteran status to campaign for gun control, he’s grossly overstating his experience with firearms to do it. No, this isn’t a case of overstating truth. This isn’t hyperbole. He knows damn good and well that he spent nothing at all like that kind of time in firearms training class. He knows that even hundreds and hundreds would have been overstating, but that at least sounds like hyperbole.

No, he’s making up crap and hoping that his status as a veteran with all this training will convince people to support gun control. However, reality completely invalidates his arguments.

What I’m not going to do is argue that this invalidates his other claims of having seen what he saw in combat. I don’t know what he did or what he saw while he was over there. I don’t have a clue if he did or didn’t see what a 5.56 round does to a human body.

I will point out that with his “thousands and thousands of hours of firearm training,” he should have learned that the military doesn’t issue AR-15s, so he didn’t see what happens when you shoot someone with one. The M4 and M16 are similar weapons, yes, but they’re not the same. If Waits had that much training time, he should have known that.

Then again, Waits isn’t just some objective veteran who is acting based solely on what his experiences tell him. He’s a Democrat who is spouting the typical anti-gun line of his party and using his veteran status to work to disarm legions of his fellow vets.

As a veteran, I know that there’s a technical term for that: Blue Falcon.

Waits is a blue falcon of the highest order, all for political gain. Pathetic.