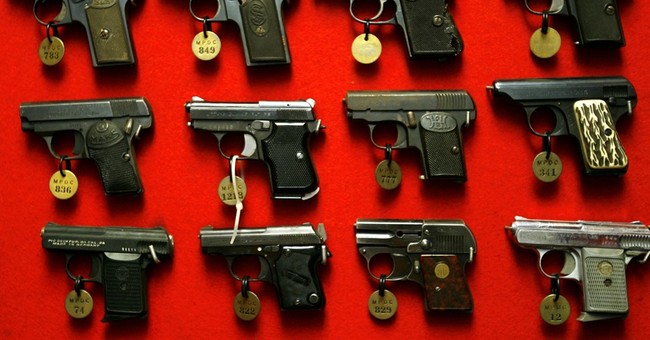 All over the nation, various localities are making a stand. They’re making it very clear that they’re not interested in gun control. The way they’re doing it? They’re refusing to enforce laws that violate the Second Amendment.

The movement started in anti-gun states but has spread beyond that. Now, some in pro-gun states are also joining the movement. The latest, a county in Texas.

In addition to numerous citizens speaking in support of the unprecedented resolution, Presidio County Sheriff Danny Dominguez also spoke in favor of the measure.

Here’s the odd part about the vote, though.

Notably, online news reports show the partisan makeup of the entire commissioners court in the large border county as being Democrat, not Republican.

Pro-gun Democrats actually do exist and run for office.

Of course, since Presidio County is located on the border, they may have a slightly different perspective on guns because of that. After all, the Mexican drug cartels often export their violence to the regions along the border. Even if Presidio County hasn’t been affected, I doubt it’s been far from people’s minds. Knowing that, it’s entirely possible that they recognize the need to defend themselves from cartel thugs.

That’s just my own speculation, though.

What I do know is that this is a good move and the fact that a Democrat-majority sided with the Second Amendment is huge. Remember, the vote was unanimous, which means all the Democrats voted for Second Amendment sanctuary status. Think on that for a little while.

It’s just too bad that the majority of the Democratic Party doesn’t feel the same way. If they did, we wouldn’t need Second Amendment sanctuaries in the first place.

Unfortunately, we do. At least the entire party hasn’t lost their ever-loving minds.

Now, I should note that there are some downsides to Second Amendment sanctuary cities. I don’t want to delve too much into it, but there’s a case to be made that if communities continue to decide which laws they want to enforce and which ones they don’t, it’ll create a patchwork of insanity that will be impossible to navigate.

Yet that would be a concern down the road. Right now, we’re trying to defend our right to keep and bear arms against the onslaught brought about by a political class coupled with the media juggernaut working to undermine that right. We need to do whatever we can to preserve the right to keep and bear arms. If that means create islands of sanity where a man or woman’s right to arm themselves is preserved, so be it.

I’d like to applaud the members of the Presidio County Commission for making a stand in support of gun rights. In particular, I’d like to applaud those Democrats who made that stand as it went against what we see out of their party. They did what was right, not what the party seems to think is best, and that deserves our admiration. It’s far too rare these days.