Gun rights really do make US the "last bastion of freedom"

Stories don’t just drop on us here at Bearing Arms. Well, some do, but a lot of times we have to seek out stuff to write about.

While doing so, I came across an interesting but short piece from Ireland about Americans and gun rights. What made it interesting is that it didn’t try to paint those rights as vile, backward, or anything else.

In fact, the headline itself argued that the Second Amendment and the rights it preserves make us the “last bastion of freedom.”

To many people in Ireland – where gun crime is almost unheard of – it is incomprehensible that ordinary Americans go about their daily lives with weapons capable of killing people.

But for Lenny Magill – a man who has been making gun related video content for decades – the right to bear arms is at the cornerstone of what it means to be a free man.

“I do have a Glock 43 Exxon in my inside waistband holster,” he proudly told Newstalk reporter Henry McKean.

“I’ve been in this business for 30 years. We started doing videos back before YouTube on VHS!

“In essence, America is still the last bastion of freedom and that’s how I look at the firearm.

Now, many throughout the world would take issue with Magill’s characterization of the US as the “last bastion of freedom,” but he’s not wrong.

While we have lawmakers who claim that hate speech isn’t protected speech, we don’t have laws against it. We argue about it, but there aren’t any rules and regulations enacted by government entities that prevent us from saying what we want, even if the things one wants to say are universally considered vile.

In the UK, a man was convicted of hate speech for teaching his pug to raise a hand as if in a Nazi salute whenever he uttered a single word. He claimed it was a joke, and while I didn’t find it funny myself, his explanation–his girlfriend thought the pug was adorable so he wanted the dog to do the least adorable thing he could think of–makes sense.

But even if it didn’t, it shouldn’t matter.

Here in the US, we don’t have to worry about that. I firmly believe that part of the reason for that is our Second Amendment protection of our gun rights.

Regulating speech may be acceptable for those whose history is filled with the yolk of tyranny. Considering how many people were killed for speaking ill of their rulers, those who get a fine for teaching a pug to do something naughty may not seem like much.

We’re Americans, though, and we value the freedom to do the offensive. Try to take that away and we’re going to start looking at why you want to regulate our speech, and where that will go. We may decide not to allow you to do so, regardless of what Congress and the courts decide, which is where those pesky gun rights come into play.

What’s more, there’s nowhere else for us to go. No other nation values freedoms quite like the United States. While those who want restrictions on so-called hate speech can, in theory, pick from dozens of nations they could relocate to and get exactly that kind of support, there’s nowhere we can go that’s even close to what we currently enjoy.

Moving to any other nation would be a step into tyranny, not away from it.

Which is fine if that’s what you want. No one minds tyranny if it’s their flavor of it, after all. At least, not at first.

But the thing about tyranny is that even if it starts out as your kind of tyranny, it will eventually become more, and then there’s no way out. You can vote yourself into oppression, but you’ll have to shoot your way out.

So our gun rights matter. They make damn sure we can shoot our way out, even if some people don’t actually believe that to be true.

Because they matter, though, it’s made America the last bastion of freedom and I don’t care what anyone else tries to claim. We may not be as free as we should be, but it’s far better than anywhere else on the planet. 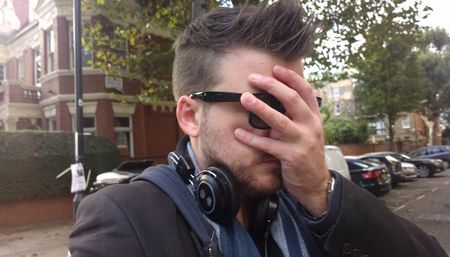