One of the things Black Friday is known for is all the sales, though this year the “low, low prices” didn’t translate into big numbers. In fact, retailers overall reported a slight decline compared to last year’s sales figures. But the firearm industry is bucking the trend. The National Shooting Sports Foundation (NSSF) has reported that this last Black Friday ranked in the top ten in the number of NICS checks performed on that day. While those numbers are not explicitly just gun sales, as they’re the raw numbers, they are a good indication that many firearms were purchased. From a social media post:

The FBI’s National Instant Criminal Background Check System (NICS) processed 687,788 background checks during the week leading up to and including Black Friday. FBI’s NICS recorded 187,585 on Black Friday alone, ranking it among the Top 10 Highest Days for NICS checks and a .50 percent increase from Black Friday 2020 (186,645). The NICS checks are unadjusted, representing raw data from the FBI and are inclusive of all background checks related to firearms. 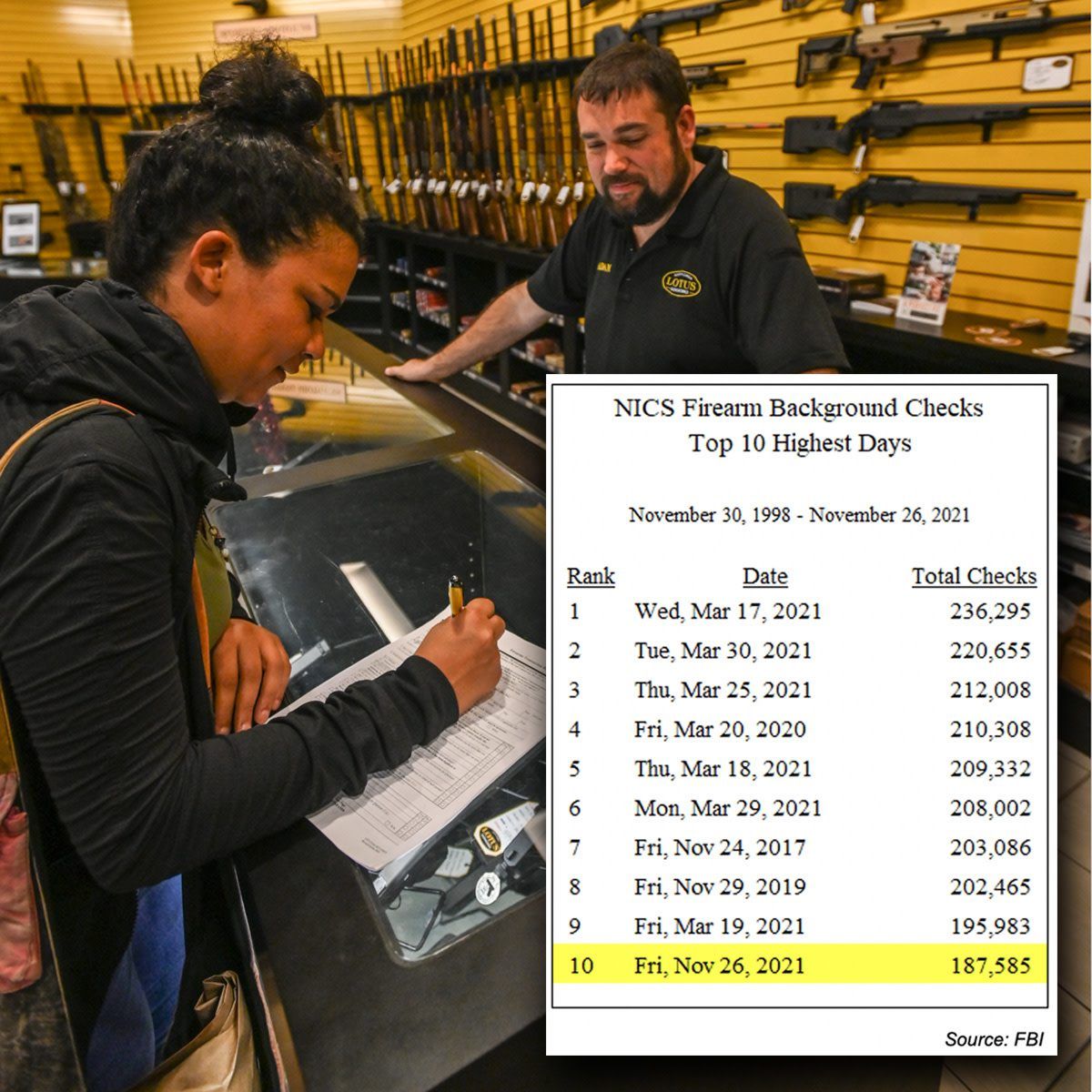 While the ranking is just about 20% less than the day with the most NICS checks, that’s still a very formidable number, and slightly higher than last year. Something else did catch my eye though in NSSF’s post that’s worth highlighting.

NSSF has worked with firearm retailers to spread out special sales offers to customers throughout the week leading up to Black Friday so as not to overwhelm FBI NICS on Black Friday which can result in longer than normal wait times.

That’s a pretty interesting concept. Spread out the special sales to not overwhelm the system. There’s brilliance in that tactic, 100%. The real question I’d ask though is “what if all those sales were on Black Friday and not spread out?” Would the numbers be significantly higher? Maybe this past Black Friday would have ranked much higher than it did in terms of numbers? That week did boast nearly seven hundred thousand checks…

The President and CEO of NSSF weighed in on these impressive figures:

“This figure of over 687,000 background checks is truly remarkable,” said Joe Bartozzi, NSSF President and CEO. “This year has already been shaping up to be the second strongest year for firearm sales on record, second only to 2020’s record-breaking number of 21 million background checks for a firearm sale. We anticipate, based on annual data, that firearm sales will rise during the final month of the year coinciding with hunting seasons and holiday sales. This figure, though, underscores the appetite for lawful firearm ownership in America and the resilience of the firearm and ammunition industry to meet that demand.” #BlackFriday #backgroundchecks #NICSdata

We’ve been dealing with record shattering numbers of background checks for firearms. We’re also not given the full picture. There are some point-of-contact states where someone showing their concealed weapons permit qualifies the individual for not needing a NICS check. The other area where the raw data might be giving a bit of a different number is that the numbers were not adjusted to account for the background checks done to obtain a concealed weapons permit or in the case of Illinois, where the state conducts a daily background check on all firearm id card holders. Regardless of variances in these numbers, the data is quite impressive, and gives a semi accurate read of the temperature of our political clime.

I had a chance to get in touch with Mark Oliva, the Director of Public Affairs at the National Shooting Sports Foundation. When I asked him about the trend and number of NICS being conducted, this is what he had to say:

We typically see gun buyers take advantage of the holiday sales surrounding Black Friday and this year was no exception. What makes these figures interesting is that it is trending with the background check figures we’ve seen all year. Background checks for the sale of a firearm are running strong and that demonstrates just how much Americans are choosing to exercise their Second Amendment right to keep and bear arms. This isn’t a right that’s being taken for granted. It’s just the opposite. It’s being exercised in record numbers. That’s not just good news for the firearm industry, that’s good news for those who value our individual liberties. 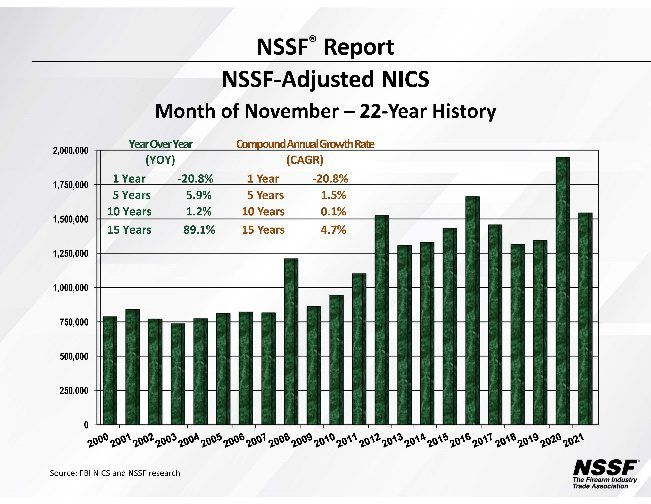 Does this trend show a slowing in the sales and transfer of firearms in the United States? Is the firearm boom of 2020/2021 going to spill over into 2023? Not having a crystal ball, no one can say for sure. Conjecture leads me to to believe we’re looking at a society that’s waking up to several real inconvenient truths. People are embracing more libertarian views and taking responsibility for their own protection. The pundits and talking heads can say all they want about what’s en vogue in the United States, dismissing the legally armed. However, the numbers may tell a different story.