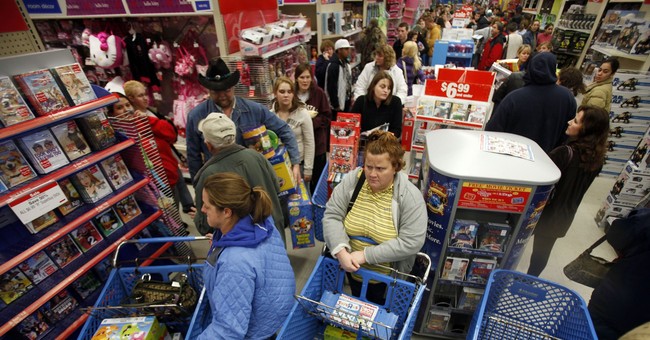 I’m not talking about people being afraid of a crime wave, though I suspect something like that will have an impact as well. No, I’m talking about fear of legislation. When Democrats take control of the government, gun sales soar. Everyone wants to buy guns before they become illegal.

And with the midterm elections, which Democrats are claiming as a great victory despite the anemic results, it would stand to reason that gun owners might start freaking out. After all, Democrats have already said they’d be pushing for gun control now that they have the House.

If fear drives gun sales and the Democrats hold the house, how scared are gun buyers?

The number of background checks run by the FBI for firearm purchases this Black Friday saw a 10 percent drop after last year’s shopping day set a new single-day record.

The checks, run through the FBI’s National Instant Criminal Background Check System, are not a measure of actual gun sales. The number of firearms sold Friday is likely higher because multiple firearms can be included in one transaction by a single buyer.

The background checks are required at all federally licensed firearm stores.

Black Friday has consistently been one of the largest days for gun sales and the FBI’s background check systems. Other large days for checks have occurred after high-profile shootings.

Now, that said, it wasn’t exactly an awful day for gun sales.

This year’s numbers would make it the fourth highest day for background checks, slightly higher than the number of checks done in the days after the Sandy Hook Elementary School shooting in December 2012.

That’s probably to be expected. A lot of people became gun people during the Obama administration. They bought guns because they feared they’d be outlawed soon and then figured out that guns are pretty damn awesome and started buying more. As a result, now they buy because they’re just fun.

But the real takeaway here may be that gun owners aren’t surging to the gun stores to stock up on weapons and ammunition they fear will be banned by a liberal House. They understand that the Republicans made gains in the Senate which should block any Democrat-led effort to infringe on our Second Amendment rights.

Further, they still trust the Trump administration to veto anything that does get through, though I’m not entirely sure that’s altogether wise. If the GOP-controlled Senate passes something, Trump may well sign it as part of some deal.

It’s not likely, mind you, but I rule nothing out.

Still, the chances of the two parties working together on even an official proclamation that the sky is blue are about as good as Kathy Griffin getting the cover of the Sports Illustrated Swimsuit Issue. That works in our favor, thankfully.