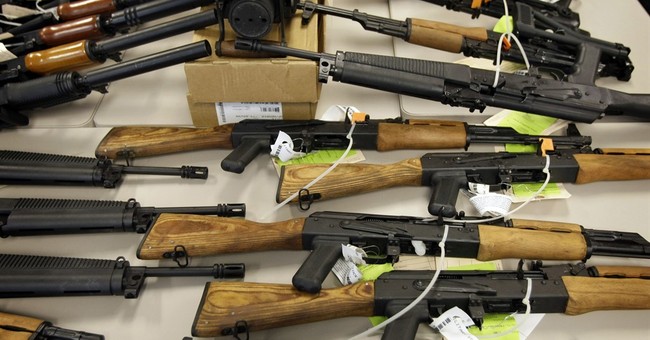 The ATF is reporting that traces of guns increased 10 percent between 2016 and 2017.

Firearms traces are generally requested by state and federal law enforcement agencies when they want to discover the origins of a firearm in their custody. Most, though not all, traces involved firearms used in crime.

The ATF said the increase in traces was based on a number of factors and doesn’t necessarily indicate an increase in gun crime.

“The increases in traces, in part, is due to the increase of law enforcement departments that are providing the information on recovered firearms,” Michael Knight, ATF public information officer, told the Washington Free Beacon. “In addition, ATF’s crime gun intelligence focuses on leveraging technology [tracing, NIBIN—National Integrated Ballistic Information Network] to disrupt the shooting cycle that negatively impacts our neighborhoods.”

I have little doubt that despite the clarification by the ATF on what this means, some will latch onto it to claim that gun crime is increasing.

What it probably does mean is that the types of crime changed a bit. It’s one thing when you find the bad guy with the gun on his person. It’s another when you find the gun in a sewer and need to figure out where to look next, for example.

It should also be noted that gun traces are of limit utility for law enforcement. While it can trace initial gun sales, there are plenty of other places where lawful sales take place that put a gun out of the ATF’s reach so far as tracing goes. A gun initially sold in North Carolina may well show up in California for any number of reasons, for example, and a whole lot of those reasons are impossible for the ATF to trace.

That said, no one wants to see the ATF’s need to trace guns increase. Even if it doesn’t represent an increase in crime, it does seem to indicate an increase in something. Frankly, I can’t imagine much where needing to trace the origins of a firearm will be good news.

At best, we can hope this is neutral news.

It’ll take a lot more digging to determine just what this increase means, though as noted, it’ll probably be latched onto by some to claim all sorts of awful things about guns, gun owners, and the Second Amendment. Then again, at this point, aren’t we kind of used to it? It’s not like facts play into many of their arguments anyway, right?

Anyway, we’ll have to wait and see just what these numbers represent. We have seen claims of a slight uptick in firearm-related crime already, though this might have nothing to do with that.