In The Culture War On Guns, Maybe It's Time To Fight Fire With Fire 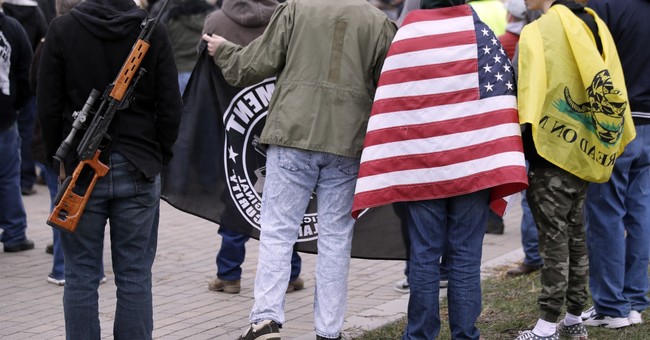 While the debate over gun laws rages in the halls of Capitol Hill, in statehouses throughout the nation, and on the digital battlefield known as social media, there’s another gun war taking place. This one is in American culture itself.

A while back, I talked about the attempt to stigmatize the American gun owner. Since then, I’ve touched on other examples. All of these exist in an effort to try and make it so even if it’s legal to own a gun, it’s socially taboo. If that happens, then no one will talk about the Second Amendment either because they don’t want to be labeled as “pro-gun.”

But there’s another side to that, and that’s by making the anti-gun side seem to be the mainstream movement, not a radical effort to curtail someone’s civil liberties.

How does this happen? Well, when a brand targeting an impressionable but often under-informed demographic puts their politics front and center, it sends a signal that this is a normal, acceptable position and not part of a larger debate.

The teen-age activists caught the attention of American Eagle Outfitters, a 40-year-old youth-oriented clothing brand that is outpacing similar retailers and has seen its stock (NYSE: AEO) soar in the past 12 months. The company sent an email blast to its database of millions of customers urging them to RSVP for the march and posted an image about the event to its 2.7 million Instagram followers.

“Our high school years are supposed to be about freedom and fun–not fear and violence,” the email said. “We are committed to doing whatever we can to support (the students’) efforts to make our schools safer.”

This is reported as a response to the March for Our Lives, but it’s more than that. It’s a signal that infringing on the rights of law-abiding Americans isn’t risky for business. Thus it’s the normal position for people to take.

It doesn’t help, however, that gun owners tend to be secretive.

I get why we tend not to talk about owning guns. The last thing anyone wants to do is advertise to criminals that their home is loaded with a pile of firearms just ripe for the taking. Even if they’re secured in a safe, a burglary is something we shouldn’t want to invite.

But the downside of this is that we often don’t present ourselves as gun owners. Many people we know may not realize we have guns or that we have a firearm on our person.

Years ago, I was at a meeting for the local Georgia Carry group. We were at a barbeque place, and most of us were open carrying. As I was waiting in one of two lines to pay the bill, a woman next to me saw the gun and expressed her alarm. “Why do you need to carry that?” she asked. I tried to make light of it a bit and told her that I did it because a police officer was way too heavy to carry and they got annoyed when you picked them up in the first place.

The woman’s date, however, wasn’t bothered. Instead, he raised his shirt to show his 1911 inside the waistband of his jeans. She’d been dining with him all evening and didn’t have a clue he was armed.

That’s concealed carry done right, of course, but there’s a downside to that as well. By being so secretive about his pro-gun affiliation, this woman was oblivious to knowing anyone who carried. I was this unicorn or dragon, something she’d heard of but not seen…until she found out her companion was one of us as well.

Maybe it’s time we ditch some of the secrecy.

I’m not saying we should advertise what kind of guns we have, provide a list of our arsenals for criminals to use as a shopping list or anything of the sort. However, maybe it is time that we spend a bit more time declaring our allegiance to the Second Amendment publicly. I’m not talking about telling your friends you support it, either. I suspect the average Bearing Arms reader’s friends and family are already aware.

No, I’m talking about wearing pro-Second Amendment clothing, brands, and other such items. Wearing a Glock ball cap while wearing a snarky pro-gun shirt will signal to people that you support the Second Amendment. If people see it enough, they’ll come to understand that we’re all around them and represent no threat. We’ve always been there, and we’ve never been a threat.

This will work to push back against the stigmatization. It’s impossible to stigmatize people who are proud of something. Look at how the LGBT community was stigmatized for decades, but then they simply refused to pretend they were ashamed anymore. Now, finding an openly gay person is about as exciting as clipping your toenails.

There’s a lesson in that one, and we would do well to learn it.

This next payday, you might want to find some pro-Second Amendment shirts to wear. It’s time we stop lurking in the shadows and remind people that this is our nation too, that we are their friends and neighbors and that we’re not going to slink into obscurity just because the media thinks we should.