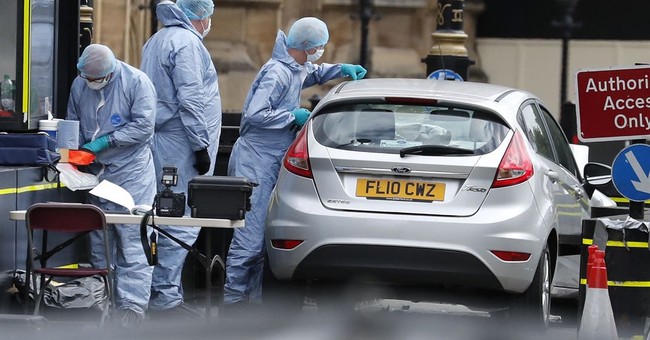 So, when governments ban the tools used by these people in a misguided attempt to prevent future attacks, all they’re doing is depriving law-abiding citizens of these tools for non-criminal use. They don’t actually stop evil men from committing mass murder.

Over in England, they haven’t seemed to figure that out yet. A mass attack triggered a gun ban. Then they decided to ban knives. Now, they’re looking to ban cars following yet another attack. Well, at least cars in some parts of the city.

Three people were injured after police say a car collided with a number of cyclists and pedestrians before crashing into barriers that line the Houses of Parliament.

Khan told BBC radio that making certain areas only available to pedestrians would provide more safety to both citizens and buildings in the surrounding area. But he also said the city would need to ensure people “don’t lose one important thing about our democracy: People having an access to parliamentarians, people being able to lobby parliament and being able to come and visit parliament.”

“I think there would be lots of challenges if we would do the whole square. It is a thoroughfare for cars, vehicles and commercial deliveries going through London,” he said. “So it’s possible to have a designed solution … in keeping our buildings and people as safe as we can do. And also not losing what is so wonderful about our city that is a vibrant democracy, people can walk around safely.”

In other words, they’re still not getting the picture. Then again, I’m pretty sure Sadiq Khan wouldn’t get the picture if you drew it in crayon right before his very eyes, explained it in small words of no more than two syllables and promised him a lollipop if he paid very close attention.

I mean, this is a man so wrapped in his own privilege that he can’t imagine why anyone would need to carry around a knife without ever thinking of the people who routinely have to do simple things like open boxes, much less protect themselves from knife-armed thugs roaming wild on London’s streets.

He thinks that if he bans cars from certain areas of London, then terrorists and other madmen won’t find another way to murder innocent people?

Look, I’m all for sensible security measures, but let’s look at Khan’s history. This is likely to be all that happens, and he’ll pat himself on the back for a job well done and still ignore the underlying problems. There are violent people in his city, people who would see every person in that city dead if given an opportunity, and he’s running throwing cups of gasoline on the fires and saying it’s water.

London is a city of millions of people. Imagine how this would have been different if the terrorist had faced even one armed citizen?

But it’s London. They don’t have that option there, so instead, it’s a city of lambs to the slaughter.