Are Light Sentences Part Of The Problem With 'Gun Crime'? 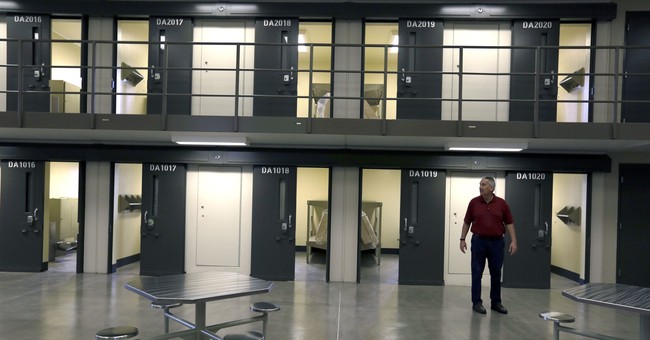 We all know the media tends to lean leftward. It’s clear as day, especially when it comes to guns. The editorial pages–not the op-eds where pro-gun individuals may occasionally write–tell us this on a regular basis when they use phrases like “sensible gun reform.” The idea is to set the stage by implying anyone who disagrees is, by definition, insensible.

But over at the St. Louis Post-Dispatch, they argue that the problem is that sentences are too light. I’m with this up to this point.

The problem is, then they decide that the sentences are too light because a firearm was used.

A St. Louis man convicted of a fatal shooting during a holdup recently got just 16 years in prison. Sixteen years, for purposefully ending a life. This after six young men who burst into an apartment in 2016 waving around AK-47s, intending to rob its occupants, walked away with suspended sentences.

Meanwhile, St. Louis police this week are investigating at least a half-dozen recent firearms murders around the city — the latest reminder that people intent on causing harm don’t even hesitate to use guns to that end. And really, with sentences like these, why should they?

Since America is currently incapable of agreeing to sensible gun control, let’s get behind the one thing everyone might be able to agree upon: a zero-tolerance approach to any crime involving a gun, including mandatory prison any time a firearm is used threateningly.

This newspaper has long argued for tighter gun restrictions as part of the answer. The current political environment makes that a hard sell. But creating tougher penalties on all gun-related crimes should be an easier one.

Gun-rights advocates have long argued that law-abiding gun owners aren’t the problem. So they should have no problem with tougher sentences for anyone who picks up a gun and uses it to commit a crime or make a threat, whether it’s actually fired or not.

Let me ask the editorial board one thing: If your child is murdered, does it matter in the end if the weapon used is a knife, a gun, or a rock? Either way, your child is just as dead.

Why then should a sentence be tougher because one weapon was used over another?

If sentences are too light, then they’re too light. I have no issue with tougher sentencing for violent crimes. I think that’s a good idea. Let’s make the penalties for being a violent thug truly suck so it takes some of the luster off for gangbangers, makes anyone else think twice before engaging in these acts, and keeps those who decide to act anyway off our streets for a good, long time.

But the problem I have is making it so only using certain weapons gets these tougher sentences. It just doesn’t make any sense.

If the murdered suddenly started using knives, would that somehow make St. Louis safer? Of course not.

Yet the editorial board has decided to continue demonizing the gun as if it is some evil implement that we must purge from our society. They know they can’t take it from law-abiding citizens just yet, so they want to make the sentencing for this one weapon’s illegal use harsher.

So yeah, I have a problem with giving tougher sentences to criminals who use a gun. If a tougher sentence is needed, then give it because the crimes deserve it. Not because of the tool used to commit it.

Latest Revelation About Liz Cheney Has to Be the Final Stake in Her Political Career
Townhall
Rand Paul speaks in favor of repealing the Espionage Act and Lefties lose their freakin' minds
Twitchy
Liz Cheney Just Got the Endorsement She Needs (Try Not to Laugh Too Hard)
Redstate
Yes, They're Going to Arrest Donald Trump. Deal With It.
PJ Media