The Trace Notes Role Of Stolen Guns In Chicago Violence 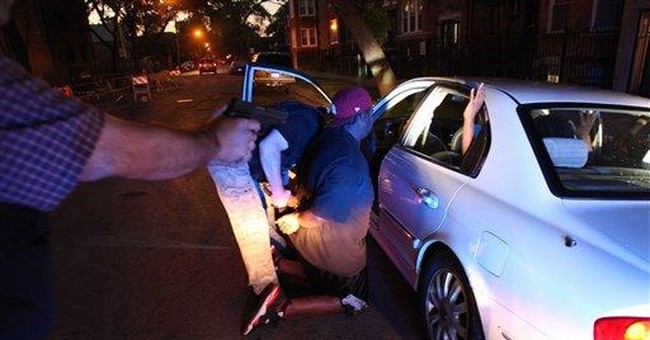 The Trace is kind of like the anti-Bearing Arms. While we support the Second Amendment and defend it, The Trace does the exact opposite. It’s blatantly biased which I can at least respect. Unlike the mainstream media, we know where it’s coming from, and it’s not trying to pretend to be neutral.

But it gets a lot wrong.

Today, The Trace ran a report that talked about stolen guns in Chicago and how that’s supposedly fueling the wave of violence the city is experiencing.

Our analysis is based on hundreds of thousands of gun theft records collected by The Trace, NBC 5 Chicago and a dozen other local NBC TV stations. The analysis also drew on more than five million lost, stolen, and recovered reports lodged with the National Crime Information Center, or NCIC, a federal database used to track missing property (a copy of which was first obtained by USA Today through a public records request). We compared those datasets with information on guns seized by the Chicago Police Department. By connecting serial numbers and other distinguishing markings, we determined that Chicago police were picking up about 480 stolen guns each year — a small but noteworthy share of the department’s annual haul of illegal firearms. Meanwhile, thousands of guns stolen in Illinois and surrounding states remain unaccounted for.

In 2016, Chicago recorded 762 homicides, the city’s deadliest year in nearly two decades. Gun thefts also surged to record levels, with 4,745 guns reported stolen in Illinois that same year, the highest number since at least 2005, when thieves swiped at least 2,770 firearms in the state, according to NCIC. In all, 41,239 guns were reported stolen in Illinois over that 12-year period. Nationally, gun theft has nearly doubled during the same period, reaching more than 238,000 stolen guns in 2016.

Strict legal restrictions on access to government data have complicated attempts to explore the role gun theft plays in Chicago’s violence. The Trace and NBC 5 Chicago’s analysis fills in some of the information gap, even though the tally of stolen guns that we relied on is almost certainly an undercount. At least some gun thefts and losses are never reported to police, and even when they are, the victims often do not know the serial numbers on their guns. Without a serial number, a stolen gun cannot be entered into NCIC, crippling efforts to link it to a crime.

“Gun theft is a huge problem in the United States, but we don’t know the entire scope of it,” said Mark Jones, a former Bureau of Alcohol, Tobacco, Firearms and Explosives agent who is now project director with the National Law Enforcement Partnership to Prevent Gun Violence in Chicago.

While homicides in Chicago have dropped some 25 percent so far in 2018 over the same period two years ago, the flood of stolen firearms into the black market looms as a threat to the city’s progress. In a recent Urban Institute survey conducted in Chicago neighborhoods suffering from high rates of violent crime, four in five at-risk youths named gun theft as a common means through which their peers armed themselves — one far more popular than trying to acquire a firearm from a store or at gun show.

The thing is, we’ve noted before that stolen guns are a legitimate problem. This isn’t new, and for The Trace to pretend it’s the first to note the issue is ridiculous.

However, I find it hilarious that the same site that is actively working to combat the lawful ownership of firearms is pointing out that much of Chicago’s problems stem from stolen, thus illegal, firearms without recognizing that lawful gun ownership isn’t the issue. These aren’t lawful gun owners. They’re either thieves or people who bought stolen guns, which is also a crime of its own.

Then again, anti-gunners are known for ignoring those pesky facts in their war against lawful gun ownership. They’d rather vilify us and pretend we’re responsible for Chicago’s violence than delve deeper to figure out the legitimate problem.