What The Trace Leaves Out On Coverage Of Kids Being Shot 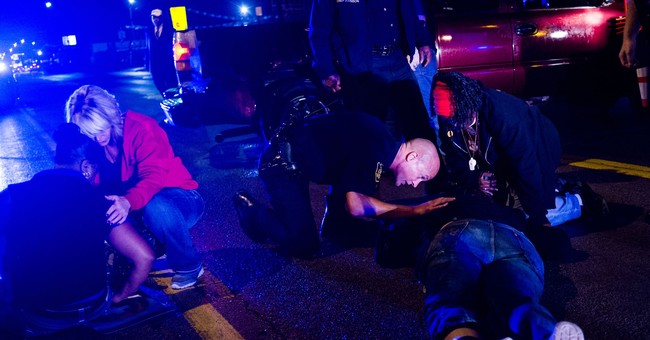 One thing I do like about The Trace is that unlike some media organizations out there, it wears its biases on its sleeves. It doesn’t pretend to be an unbiased news outlet in the hopes that you’ll mistake its opinions as facts. These days, too many outlets do just that, and it’s annoying. The Trace at least admits in its mission statement that its an anti-gun media organization, so you at least know where it’s coming from.

However, that doesn’t absolve it of being stupid.

For example, earlier today, The Trace dropped a story about how kids are being killed in Flint, Michigan. What’s telling, however, is what it’s not saying.

Zaniyah is the fourth and youngest Flint kid to have been killed by a gun this year, and records show that the city has a particularly high rate of child firearm death. The Trace examined data from the FBI’s National Incident-Based Reporting System and calculated that Flint, with a population of roughly 100,000, lost an average of 3.5 children per 100,000 residents to gun violence each year from 2010-2016.

African-American children in Flint are especially vulnerable. The city is 54 percent black, but all four Flint minors who have died from gunshots there this year were black. The Trace’s analysis of the FBI data show that between 2010 and 2016 there were 25 Flint minors killed by firearms. Twenty-three of them were black. Also, in the same period, more than 80 percent of the juvenile victims of all major gun crimes in Flint were black.

The Flint Police Department declined to comment on children lost to city gun violence, but expressed skepticism about findings based on FBI data. However, The Trace verified all but two of the 25 gun deaths through local media reports. (We also found news reports about three additional victims who were not present in the FBI data. We did not include those deaths in our analysis).

The murder of a child is horrific, and not just for the family, though they feel it far, far worse than anyone else. We’re psychologically programmed to want to protect kids. To see them murdered in such senseless fashions tears me apart.

But what’s interesting in this report is what’s not being said.

You see, these kids aren’t being targeted. They’re collateral damage to the people who are pulling the trigger, people who are targeting others specifically. In fact, it sure sounds like these children are being killed in gang violence, not from the actions of law-abiding citizens owning and operating firearms in accordance with existing rules and regulations.

Gangs obtain their firearms through illegal or fraudulent means. Gun laws don’t apply to them because they get them through extra-legal channels. New laws won’t stop them from getting guns either.

As horrible as these children’s deaths are, they’re not grounds for gun control. They’re grounds for increasing any number of other things, including delving into the roots of actual violence in this country as well as efforts to steer kids away from gangs.

But you won’t read that at The Trace.

DOJ doubles down on claim that medical marijuana patients are too dangerous to carry guns
Sep 23, 2022