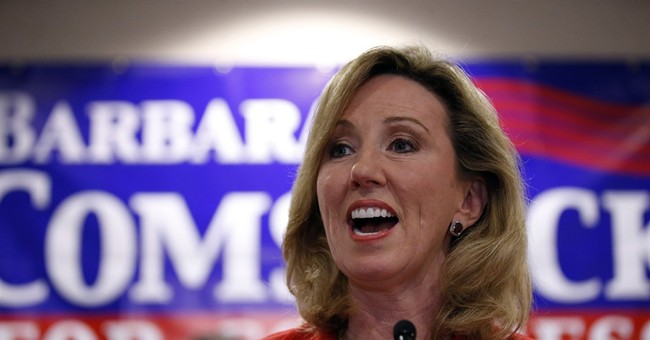 The immediate aftermath of a mass shooting often sees a spike in support for gun control. The more heinous the crime, the bigger the spike seems to be.

The massacre of 11 Jews trying to worship is the kind of awful thing that will make some people reevaluate their feelings on guns, particularly if they’re not closely held beliefs in the first place.

Anti-gun Democrats–you know, the people who will tell us we’re being evil for defending guns in the immediate aftermath of a mass shooting–are capitalizing on this shift in many suburban districts.

Gun control advocates believe the aftermath of the deadly shooting at a Pittsburgh synagogue could help swing the midterm elections against endangered suburban Republicans who are seen as too pro-gun.

Andrew Patrick, who works as the Coalition to Stop Gun Violence’s media director, cited Comstock’s race against Democratic challenger state Sen. Jennifer Wexton as one of the races where the gun issue will play a role. Comstock’s district is near the National Rifle Association’s headquarters. In September, former congresswoman Gabrielle Giffords’ group began airing an ad targeting Comstock.

In the ad, Giffords says Comstock “has failed” following mass shootings, and that “she’s taken thousands from the NRA. We must do better.”

Data from the Center for Responsible Politics shows that the NRA has spent $137,232 on her behalf since she was first elected to office in 2014.

“Since February, the appetite for stronger gun laws in the voting electorate has only grown, and the NRA has become more politically and culturally undesirable. This is the primary issue driving younger voters to the polls and I think it will play a huge role in many elections, especially for battleground seats where the incumbent has historically tied themselves to the gun lobby,” like Comstock, Patrick said in an email to theWashington Examiner. The re-election campaign of Rep. Mike Coffman, R-Colo., was also listed by Patrick as a race to watch.

“Mike Coffman is a strong supporter of the 2nd Amendment as well as responsible gun ownership, whereas his opponent — in search of backing from billionaire gun control proponents — has run on an extreme gun control agenda,” said Tyler Sandberg, Coffman’s campaign manager, in a message to the Washington Examiner.

Coffman’s district is home to the 1999 Columbine High School Shooting and the 2012 Aurora movie theater massacre.

It should be noted that despite Coffman’s incumbent status, Patrick currently has a pretty commanding lead in the polls. This matters because the polling was all done well before the Tree of Life Synagogue shooting, which means this event played little role in the race.

That fact won’t stop anti-gunners from holding this up as some great win for gun control should the polls hold (and they’ve been known to be wildly wrong. After all, how many of us thought we’d be dealing with President Clinton Part 2 right about now?). But, it’s safe to say that at least this most recent tragedy played little part in the race.

The same is true in Comstock’s race against Wexton. Wexton has a commanding lead in Virginia, a state that has shifted blue in recent years. Again, the polling pre-dates the most recent shooting.

I won’t say that Parkland played no role in these races, and anti-gun candidates going after pro-gun candidates is nothing new. However, we need to keep in mind that at this point, these aren’t close races that are coming down to the slimmest of margins. These are curb-stompings in the making, based on the polls at least.

This doesn’t exactly represent doom and gloom on the horizon, despite the media’s pretending that it does.

Why gun owners can still resist a tyrannical government

You’ve Got to Be Kidding: These Are the Items That Led to the FBI Raid on Trump’s Mar-a-Lago
Townhall
MSNBC guest calls out those 'attacking non-politicized and independent law enforcement' after FBI raid
Twitchy
Merrick Garland's Presser Suggests the Resistance Libs Got Played
Redstate
UKRAINE WAR: Russia's Saki Air Base Blew Up and No One Knows How
PJ Media