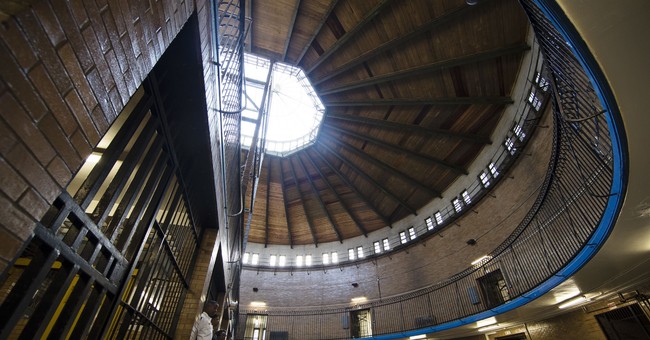 If there’s one thing about guns that the right and left can agree on, it should be that anyone who steals guns deserves a harsh punishment. People who steal guns rarely want them just for shooting, after all. The average collector or gun nut will buy guns for days, but stealing one just isn’t in their nature. You know, the whole “law-abiding” thing in the phrase “law-abiding gun owner” and whatnot.

But some people do steal guns, and sometimes they steal a whole lot of them.

Quinton Haywood, 27, faces 20 years in prison without parole after pleading guilty Tuesday in federal court to taking a shipment of Beretta firearms — including 600 .380-caliber handguns and 54 12-gauge shotguns — bound for a Bass Pro Shop back in October 2017.

Haywood’s co-defendants — Frank McChriston, 33; Keith Lowe, 28; Eric White, 26; and Derrick White, 32 — have not yet entered any pleas, according to court filings.

Federal investigators allege Haywood and the four other men broke into the UPS facility in Springfield, hot-wired two truck-tractors and used the vehicles to move trailers around the lot, thwarting security measures taken by staff. The men then gained access to two trailers containing the guns, a pallet of Justin Brand boots, a dozen cases of soda and “numerous power tools.”

The day after the heist, the men stole a moving truck from Best Way Moving & Storage. The truck was found a week later more than 430 miles away in Seagoville, Texas.

Now, part of me wants to make a crack about the .380s not being real guns–I admit, I’m not a fan of the round in general–but I’m not. While I may feel it’s too small to trust my life to, I’m not about to argue that it can’t kill someone or be used for all kinds of other crimes, and what else do you do with 650 firearms? You’re not generally selling them to law-abiding gun owners, now are you?

No, you’re selling to criminals. You’re arming the dregs of society, the people who are going to use these guns to rob, rape, and steal from average men and women just trying to live their lives.

Thankfully, this bunch was caught, and they’re looking at a good, long time in prison for their troubles. The fact that Haywood has confessed probably means he won’t serve as long as the others, but only if he testifies against the other three, which is fine with me. As long as they’re locked up for a while, that’s a good start.

Ideally, people who do this wouldn’t see free daylight for decades. After all, if the punishment isn’t harsh enough, there’s no deterrent to trying stuff like this. Even if they didn’t know guns were in the truck, it doesn’t matter in my mind.

Still, at least these guys were caught. It’s too bad they didn’t recover more of the firearms. It’s doubtful they’ll all be recovered at this point, but at least the people who (allegedly) put them on the streets aren’t going to be doing it again for a while.