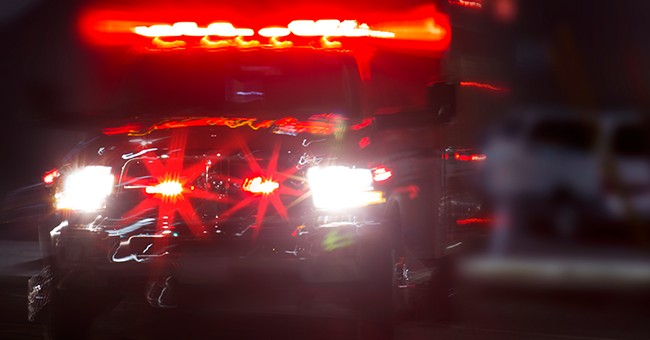 Guns kill people. That’s what we’re told all the time. We’re told the “good guy with a gun” is a myth. The media is filled with stories about how guns are bad. We can find plenty of people who will be happy to tell you that you don’t need a gun to protect yourself or others, that the police will be happy to do that for you.

However, pro-gun folks understand that when seconds count, help can be minutes away.

A prime example of this occurred recently in Atlanta.

Officers were dispatched to the 900 block of Hank Aaron Drive about 3 a.m after receiving a call about a person shot, Atlanta police spokesman Officer Jarius Daugherty said.

The [sic] arrived to find Quartez Goodman with a gunshot wound to the chest. Police said Goodman went to the complex and assaulted a woman. During the alleged assault, Goodman pulled a gun and pointed it at the woman, Daugherty said.

A second man intervened and tried to stop the assault when Goodman turned his gun on him, Daugherty said. At that point, the second man produced a gun of his own and shot Goodman in the chest.

Goodman survived the wound and has been charged with one count each of aggravated assault and battery according to the Atlanta Police Department.

In fact, this may have worked out a bit better for the assailant. After all, he’s injured and facing prison time, but time for two counts of aggravated assault is generally less than it would be for a double murder.

Good guys with guns save lives. They do it all the time. Contrary to what anti-gun voices will tell you, armed citizens are the greatest defense against crime humanly possible.

When enough people are carrying guns for lawful self-defense purposes, it becomes difficult to know who is armed and who isn’t. It becomes unpalatable for criminals to be criminals, at least of the violent type. They might convert to property crimes, but at least human lives aren’t at risk from that kind of activity, by and large. However, they won’t be as likely to attack people.

In this case, the woman wasn’t armed, but someone else was, and they were able to step in and end the encounter with no one but the alleged bad guy hurt. Yet some people would much rather have seen the woman and armed citizen be the ones hurt. They won’t come out and admit it, but they do advocate for policies that would have resulted in just that. They want us disarmed so we can’t help ourselves or others.

Meanwhile, a woman is alive right now that might not have been otherwise.