Permitless carry is one of those things we shouldn’t have to see passed. It should have been the default all along. Unfortunately, generations past opted to go along to get along when it came to their gun rights, figuring they could still carry so what was the harm? Well, as we now know, plenty.

So, as part of the pendulum swing back, people have started demanding their rights back. For everyday carry, that culminates in permitless carry.

In Louisiana, there’s an effort to try and get that for residents. Unsurprisingly, the Democratic governor isn’t a fan.

Governor John Bel Edwards told scores of law enforcement officers gathered in St. John Parish for a ribbon-cutting on a new training center that he remains opposed to a bill making its way through the legislature that would end Louisiana’s permit requirement for concealed carry.

Dan Zelenka is President of the Louisiana Shooting Association which helped to write the bill.

“Not all sheriffs agree with them in fact the Louisiana Sheriff’s Association is neutral on this bill,” he said.

Of course, the media went to a couple of sheriffs who do oppose the bill, which I know will shock each and every one of you.

However, Zelenka pointed out later that a growing number of states have passed permitless carry and there have been no problems to speak of. All the doom and gloom being thrown around by people like Edwards is just a distraction. It doesn’t happen anywhere else these laws have been passed, so just why in the hell would Louisiana be any different?

For Edwards, it’s likely not about safety, but control. If the state can mandate requirements before someone gets a permit, they have some degree of control over who can get one. He likely knows that there’s a potential to make the training requirements more difficult down the road so no one can get a permit.

Yet, doing away with permits entirely hasn’t been much of an issue except for the hysteria surrounding these laws.

Edwards isn’t likely to sign the bill, despite its passage in the Senate, it seems. Let’s hope there’s enough support for an override of his veto. 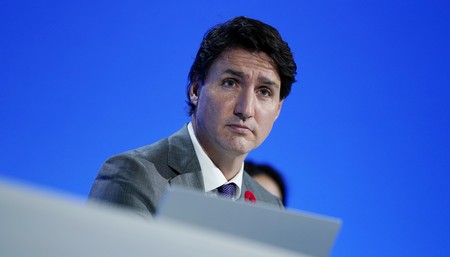 Critics Notice Something Unusual in Video of Prisoner Exchange That Freed Griner
Townhall
Glenn Greenwald gets to the heart of why Dems and liberals' mad rush to defend censorship so sickening
Twitchy
Elon Drops Tantalizing Tidbits About Election Interference
Redstate
The Morning Briefing: Brittney Griner Should Have Been Left to Rot in Russia
PJ Media