I’m not here to attempt to claim that the decision to name the GOP’s new digital division Para Bellum Labs was brilliant, and frankly, it would make a better title for our “Guns & Gear” section.

What I can tell you is that the knee-jerk leftist reaction to it by Gawker’s Adam Weinstein was moronic, as he attempted to claim “Para Bellum” was the creation of Nazism in an article titled The GOP Just Named its Hot New Innovation Lab After a Nazi Pistol.

Your article, @AdamWeinstein of @Gawker, is ignorant, start to finish. http://t.co/IouGQyBr6N

The 9mm Parabellum was not a gun, but a cartridge. @AdamWeinstein @Gawker

The 9mm Parabellum cartridge was designed in 1902. The Nazis didn’t exist for another 18 years. @AdamWeinstein @Gawker

That said, @AdamWeinstein, you’ll get away with it. @Gawker readers aren’t educated enough to know how wrong you are.

@bob_owens @AdamWeinstein @Gawker Oh, and the standard Nazi pistol was the Walther P38, not the P08 Luger, which was regarded as unreliable.

Predictably, Weinstein and Gawker refused to engage with either one of us on the subject, though Weinstein saw the thread and responded to others discussing the subject.

I guess it’s easier for Gawker writers to make up an entirely new reality that report this one correctly. 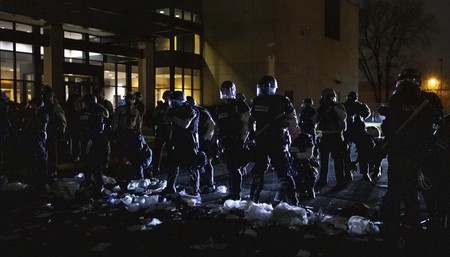 The MLB's Unforced Error Could Be Georgia's Walk Off Homerun
Townhall
'Ethnic studies' teacher training session warns them to be extra careful 'now that we're in people's homes' and parents might see it
Twitchy
Gaetz Turns it Around on CNN Journo After Network Exec Says Their Coverage of Him is "Propaganda"
Redstate
The Morning Briefing: Project Veritas Confirms CNN Is a Cesspool of Biased Lies
PJ Media